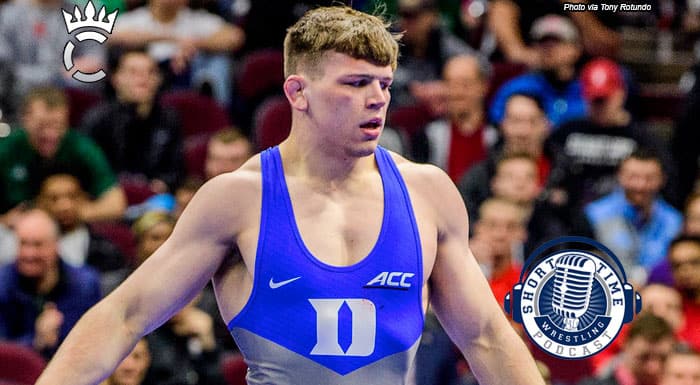 The man, the myth, the Duke king of cutting promos, Jacob Kasper finally joins the Short Time Wrestling Podcast for Episode 424. The Ohio native talks about his run to a second All-American finish, being able to represent his hometown of Lexington as one of two All-Americans across the various NCAA wrestling divisions and one of two Kaspers to wrestle in the postseason.

He also explains the situation he's trying to right with Duke wrestling's lack of scholarships, what life is like with four teammates named Finesilver, any potential WWE runs in the future and his biggest opponent, life with Crohn's disease.

The animated and colorful Blue Devil also turns the mic around on host Jason Bryant to figure out what the heck is going on in Virginia.