Earl Smith breaking down the Vengeance in Virginia on December 6 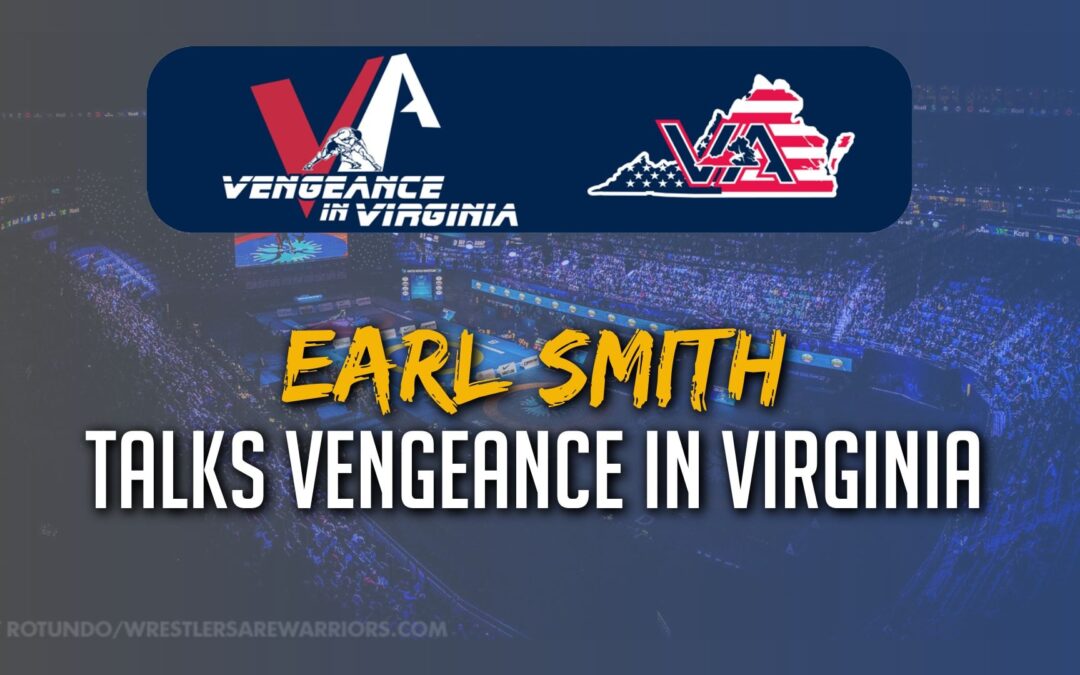 Earl Smith talks Vengeance in Virginia coming December 6. The event, which starts at 3 p.m. at Top of the Podium in Sterling, will feature 18 bouts with a mix of high school boys, high school girls and one college all-star bout. Information can be found at VirginiaWrestling.com.

Live streaming will be available on Trackwrestling.com.

SHORT TIME SHOTS
The University of Tennessee at Chattanooga announced on Wednesday that the 2021 Southern Scuffle has been canceled. Full details can be found at GoMocs.com, but congratulations 2020, you’ve already screwed up the first two days of 2021. We know for certain that the Virginia Duals and Southern Scuffle are two tournaments that have been axed for the first part of 2021 and it goes without saying that the Cliff Keen Las Vegas Invitational, which would take place this coming weekend, has also been sacked. The Midlands hasn’t made an official announcement, but the tournament staff has told me it’s not happening this season.

Division II Lincoln Memorial, a start-up men’s and women’s program in the mountains of Tennessee announced Andy Bricker as its new Director of Wrestling. That’s a fancy name for saying dude who will oversee both programs and probably hire assistants that are really kind of head coaches for those specific teams. Bricker was one of three brothers who wrestled for Campbell back in the day. Joey, Adam and Andy comprised the first three starting weights for the Camels, who at the time, were really, really bad. Now, they’re not. Story here.

In network news, podcast partner The Guillotine, the absolute ultimate site here for Minnesota wrestling, will celebrate its 50th anniversary this year. The St. James Plain Dealer has a story about it in the newsletter, and here in the show notes, since I’m talking about it.

The final installment of Mark Churella’s story from Etched in Stone was released on Tuesday. You can find that here on the Mat Talk Online website or at NWHOF.org. This really was a fun series to put together. Ryan Warner of Wrestling Change My Life will be contributing several episodes in a couple of serialized story arcs as well.