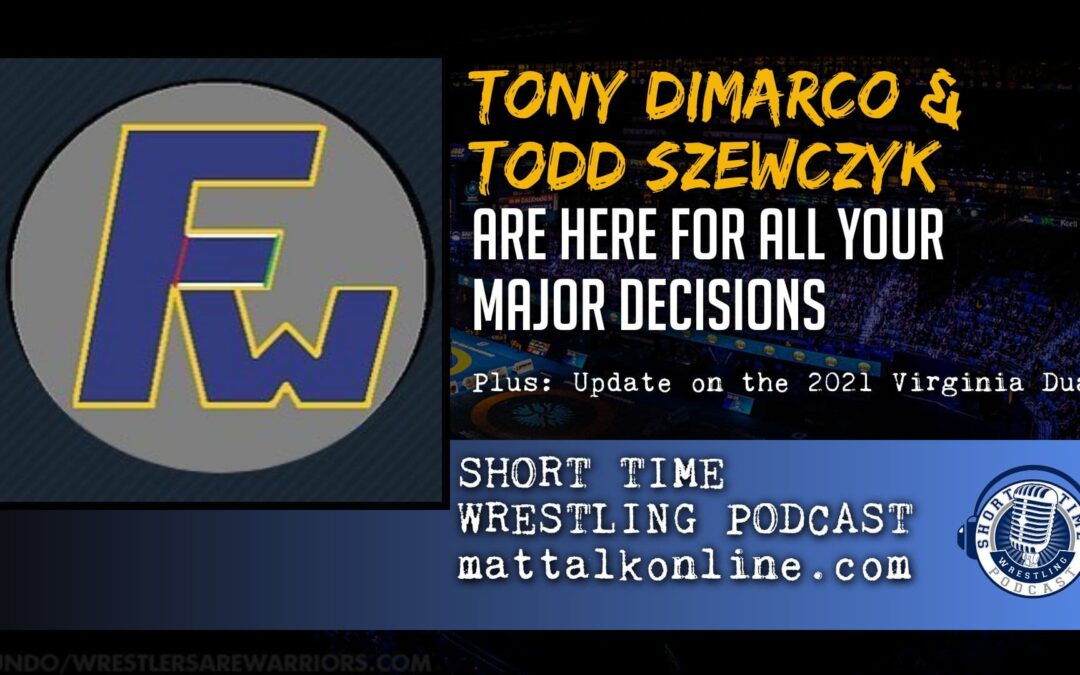 Fantasy wrestling has become a thing. Tony and Todd aim to bring the wrestling fans who host their own leagues information on the top scorers and favorable schedules as well as talking some general wrestling news while they're at it. It's for all your major decisions.

ALSO
The 2021 Virginia Duals have been canceled. I’ll breakdown a bit of information as to what led to it. Don’t yet have a presser about it, but it’ll be out when I get a chance to write it. I also talk about Friday The 13th movies, #WillieTrials and how to get your wrestling news each morning.

OUTSTANDING
Reggie Wilson became the first wrestler in NJCAA history to win multiple outstanding wrestler awards. Representing Triton at 167 pounds, Wilson garnered the award in 1983 and followed it up with another outstanding performance, winning the 177-pound title in 1984, beating Joe Rigous of Bucks County in the finals.