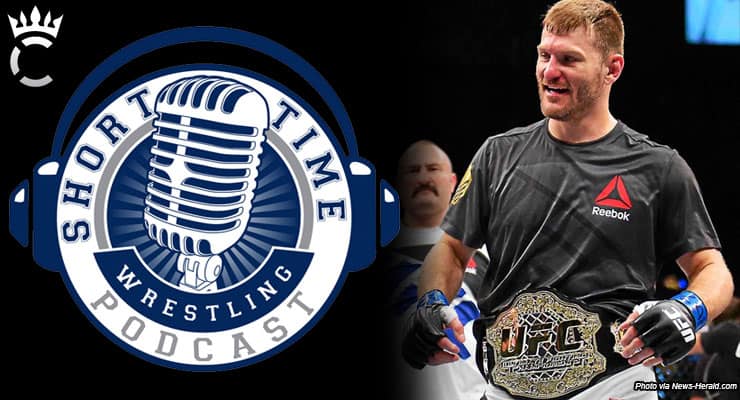 On Episode 284 of the Short Time Wrestling Podcast released on International Podcast Day, Miocic will talk about his rise to the top of the UFC, his passion for wrestling and baseball and how he's been able to train and win in the UFC all while serving as a paramedic and firefighter at two different stations in the Cleveland area.

Miocic explains how some nuances of baseball compliment MMA and how fighting and firefighting complement one another. Fun interview with a fascinating guy.