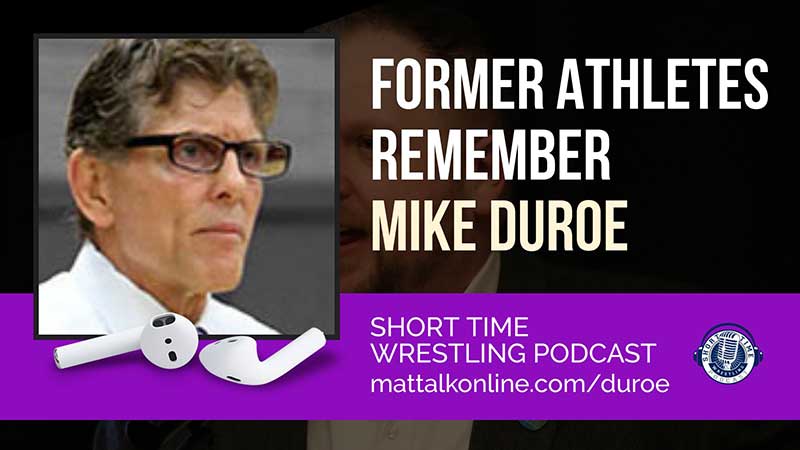 Over the past month, Mat Talk Online has collected a handful of stories and conducted a pair of interviews to try to encapsulate what Mike Duroe meant to his athletes. On this special episode of the Short Time Wrestling Podcast, you'll hear first-hand from two of his former athletes who are now coaching, a Cornell College three-sport athlete impacted by Duroe's presence and a former Division I athlete now a Division II coach to talk about Duroe's impact on him as a competitor.

First up, former Cornell College teammates Chris Heilman and Nick Nothern both share their experiences from the NWCA Convention in Daytona Beach, Florida. Heilman is currently an assistant coach at the U.S. Air Force Academy, while Nothern is the head wrestling coach at Neosho County Community College in Kansas.

Then Diamond Boyd will explain how Coach Duroe impacted her career. Boyd is now a high school coach in Iowa.

Current University of the Ozarks head coach and former Wartburg heavyweight LeRoy Gardner will chime in on Duroe's presence as a Division III figure on the ladder internationally before Ty Eustice talks about Duroe's role at Iowa and how he learned from Duroe during his time as an assistant at Cornell College.