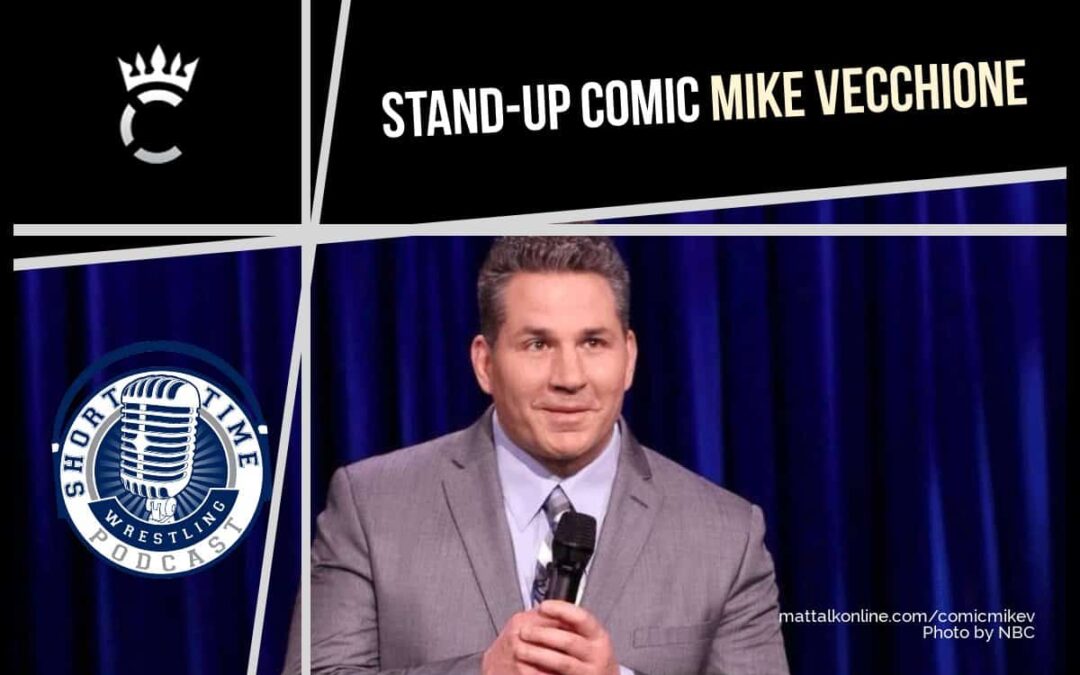 Mike Vecchione has been working a career in stand-up comedy for nearly 20 years. Originally from Ohio, Vecchione wrestled in Florida in high school, finishing second in the state before walking on at Penn State under coach Rich Lorenzo.

While the wrestling career in college lasted just one year, Vecchione has been seen wherever fine comics are found. He explains the similarities to life on the road and wrestling and where he sees his career, as well as what the medium of podcasting has meant to stand-up comedy, the changes due to social media and Netflix impact on comedy specials.

Check out Vecchione's website at MikeVecchione.com and his podcast, which is decidedly NOT SAFE FOR WORK called No Disrespect at GasDigitalNetwork.com.

You can also follow Mike on Twitter @ComicMikeV.
The Short Time Time Wrestling Podcast is proudly supported by Compound Clothing.