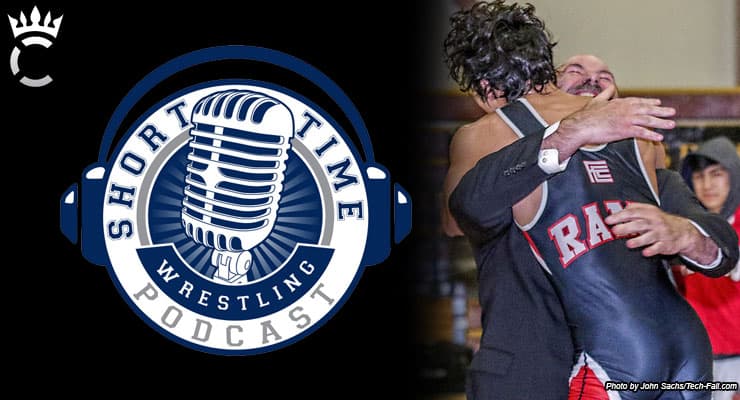 When Fresno City College finished up the 2016 California Community College Championships this past weekend, they looked back and saw Cerritos College five points behind. Last month, Cerritos capped an unbeaten league season with a win over Fresno City for the state dual championship, but Fresno City and coach Paul Keysaw would ultimately prevail and win the school's 14th state title.

On Episode 298 of the Short Time Wrestling Podcast, Keysaw, a 1991 NCAA champion at CSU Bakersfield, will talk about the run through the tournament, including a tournament-shifting 5-1 round in the semifinals that enabled the Rams to claim the team title in the closest race since Cerritos edged Fresno City by eight points in 2014.

It was Keysaw's sixth title at Fresno City and ninth overall. He won three titles at Moorpark prior to landing in Fresno.

We'll talk his roots, his battles with Randy Couture and what he loves about coaching.