Hitting record on your wrestling conversation with Bloodround’s Tommy Baranoski 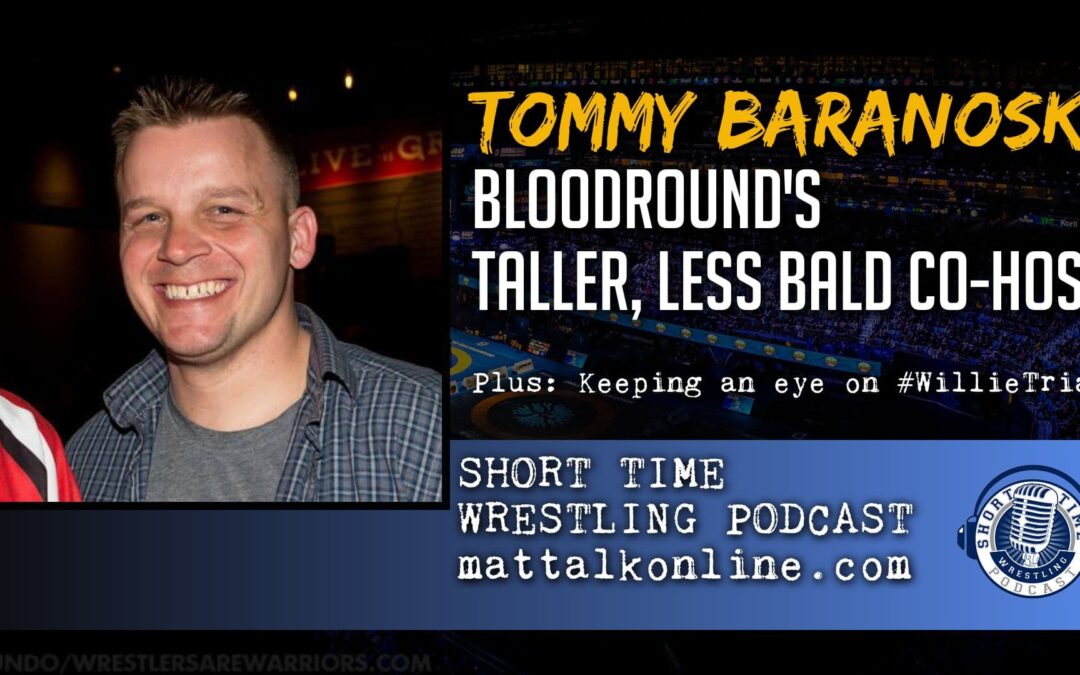 One half of the pair behind the Michigan-based, alcohol-induced Bloodround Wrestling Podcast. Tommy Baranoski spent most of his wrestling career trying to come from behind the shadow of his sister's wrestling credentials. Now Baranoski has done fine in the year of our Lord Gable in podcasting. In all seriousness, Baranoski and co-host Kevin Claunch have taken the discussions we have as fans at bars at the NCAAs annually to the podcast form and they’ve done it for over 300 episodes, a milestone often not seen in podcasting, especially with guys who spend half their shows inebriated talking about the greatest sport in the world.

Also: I chime in on the news of the day, mainly how we’re all paying attention to a little trial going on in the Travis County 261st district down in Texas.

Check out Stalemates Show’s first recap of #WillieTrials at
https://www.youtube.com/watch?v=gMfOpNEWTyQ