IAwrestle’s Tony Hager and the podcast tech within wrestling 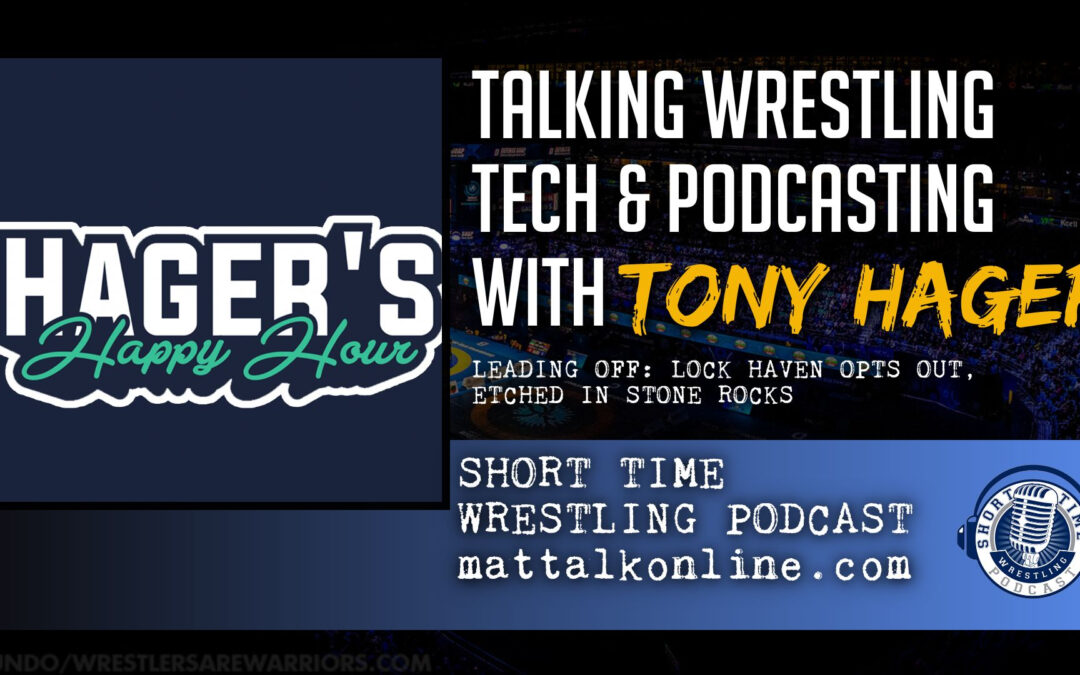 Tony Hager, one of the guys behind IAWrestle, joins Short Time as part of International Podcast Day to talk about what he’s been doing with IAwrestle, Night of Conflict and his Rokfin-based Hager’s Happy Hour, which is a wrestling-centric show about pretty much anything. Well, beer and wrestling and everything else.

Hager and Bryant talk about the genesis of the show idea, turn things around to talk about the importance of podcasting on the wrestling medium, as well as thing we all do to help one another promote the sport and developing the brands and content behind it.

LEADING OFF
Life University, ranked second in the NAIA to open the season welcomed first-year Montreat to the world of wrestling with a 49-(-1) dual win on Wednesday night. Yes, in case you haven’t been listening to the intro, we DO have college wrestling going on in places. Briar Cliff beat Northwestern – the one in Iowa 34-7. This is the time of year where I tell you that Northwestern College is in Orange City, Iowa but for some reason, they’re the Red Raiders. The Chargers of Briar Cliff won eight out of 10, highlighted by a first-period fall from Matthew Wilke at 285

ROCKING WRESTLING FACT DROP
In 1994, the NJCAA started awarding two national championships – one for scholarship-offering schools and another for non-scholarship schools. The team scores would be counted in the same division, but only divisions broken out based on the existing competition. In the first year, Harper College won the non-scholarship division, but actually scored more points than the scholarship division champion, Garden City. Harper outscored Garden City 115-108.75. It’s not the only time it’s happened. Again, Harper outscored Iowa Central in 2010, 137-116.