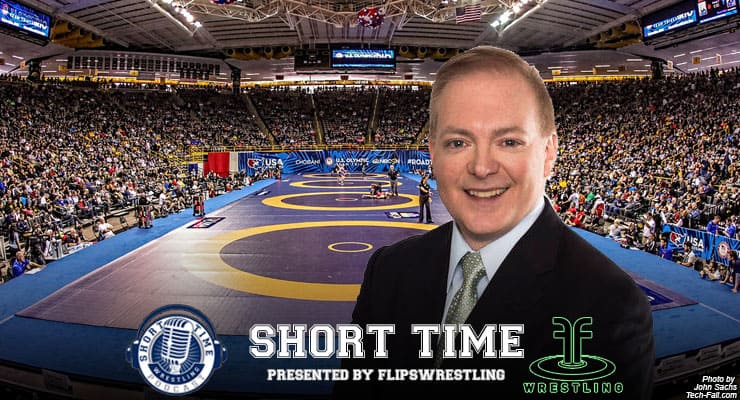 On Episode 266 of the Short Time Wrestling Podcast, we'll visit with the lead voice of the NBC Sports Olympic wrestling broadcast, Jason Knapp.

A Syracuse alum with an extensive background in numerous sports, Knapp has been a voice for wrestling on television since his days at the wrestler-founded College Sports Television Network. CSTV, as it was then known, morphed into CBS College Sports and then CBS Sports Network. Knapp also has been the lead voice on Pac-12 Network broadcasts with Ken Chertow and Anthony Robles.

We'll talk with Knapp about his move into wrestling, how many sports he can actually call, working with John Smith and his eagerness to work his third Olympic Games and second with wrestling on his agenda.