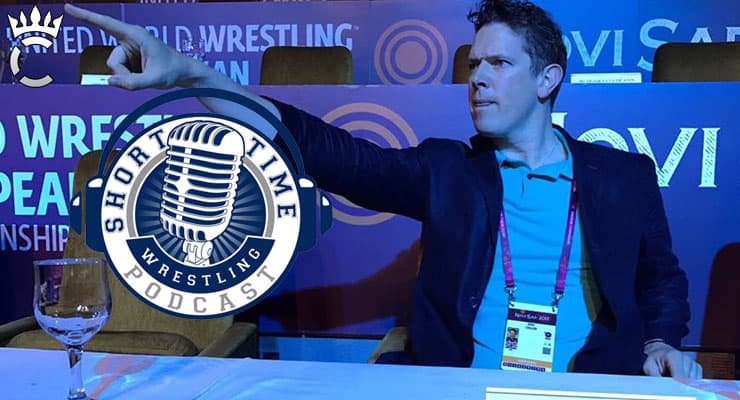 As the week rolls on here in Novi Sad, Serbia at the 2017 European Wrestling Championships, John Cullen will join the Short Time Wrestling Podcast.

A former athlete in taekwondo, Cullen missed out on his chance to compete at the Olympic Games, but he's been to the last three Games as a commentator for the Olympic Broadcasting Service and he's here in Novi Sad broadcasting the European Championships for United World Wrestling.

His unmistakable voice and Scottish accent has been prevalent on wrestling broadcasts since 2011 and Cullen explains how he got into the world of broadcasting, what he does during his day-to-day life and how wrestling's issues compare to other sports he's had experience with.