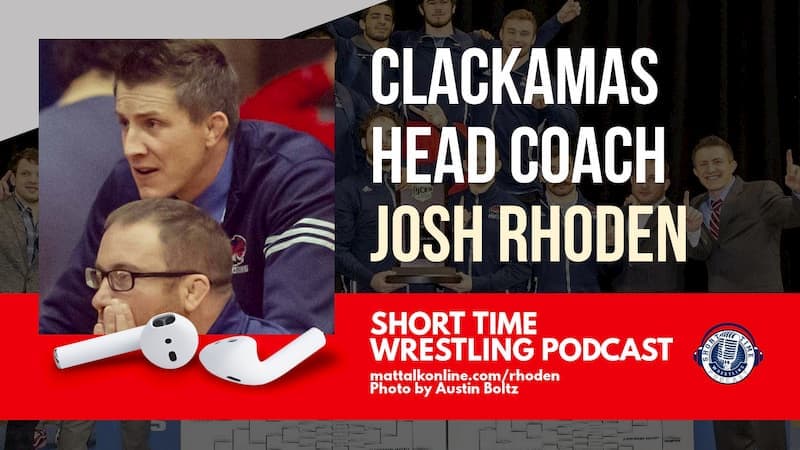 Making his second appearance on the Short Time Wrestling Podcast, Clackamas Community College head coach Josh Rhoden talks about his school's third NJCAA national championship and the first since 2011. Rhoden's teams have won multiple National Duals titles, but after several years of second-place finishes, the Cougars climbed back to the top of the NJCAA.

Rhoden talks about being “ballers on a budget,” in terms of fundraising for travel at the junior college level. Why his squad didn't got to the National Duals this year, the rivalry with NEO and some of the relevant situations junior colleges have within the landscape of college wrestling.