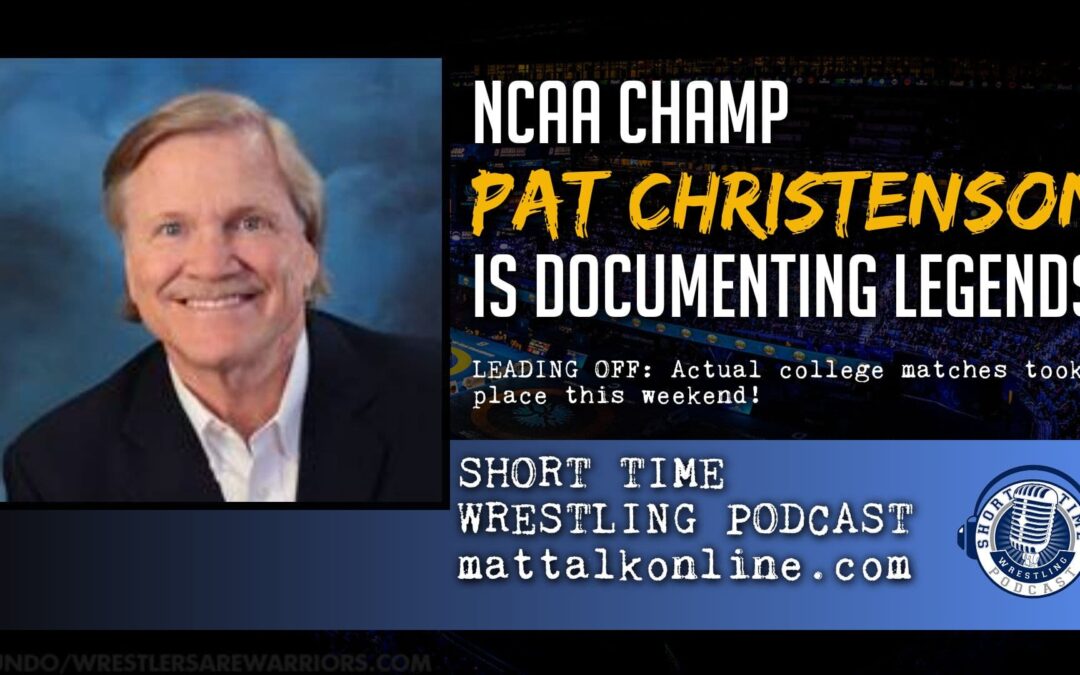 Pat Christenson has spent the last 19 years as the President of Las Vegas Events, which has helped bring major sporting events and such to Las Vegas. He’s been a key person behind the bid process for the NCAA championships for Las Vegas in all sports. He was also instrumental in the 2008 Olympic Trials and 2015 World Championships coming to Las Vegas.

As a wrestler, Christenson won the 1976 NCAA Division I championship at 167 pounds as an unseeded senior for the University of Wisconsin. He’s got long relationships in the sport and he’s using that to springboard a new podcast series supported by the the National Wrestling Hall of Fame and USA Wrestling called Etched in Stone, a podcast that’s aimed at telling compelling and interesting stories about the 179 Distinguished Members of the National Wrestling Hall of Fame. That podcast launches on November 17.

Christenson talks about the project and the idea behind it, who’s involved and why Mark Churella is the lead-off series in the first season.

Listen to Etched in Stone on your favorite podcatcher starting November 17.

LEADING OFF
What you know already is USA Wrestling held the U23 and UWW Junior Nationals in Omaha this past weekend. All the results are on FloArena, all the recaps you can find on TheMat.com or via my daily wrestling newsletter at mattalkonline.com/news. Jordan Burroughs beat Zahid Valencia, highlighting a seven-bout card on Flowrestling on Saturday. Word already circulating that David Taylor and Mr. Burroughs will meet at some point in December. Again, those results on Flo.

WHAT YOU DON’T KNOW
College wrestling is actually going on some places around the country. Adrian College hosted an invitational over the weekend, which it won. It also hosted a women’s open.

The Citadel became the first Division I school to take to the mats this season, beating St. Thomas of Florida 54-0 in their opener. The Bobcats are a first-year NAIA program in Miami Gardens, Florida. Other scores over the weekend saw Concordia (Neb.) beat Dakota Wesleyan 34-6 and Brewton-Parker edge first-year Montreat 25-21. Those both in the NAIA.

For the college scores, I’d recommend you go to trackwrestling.com and click “Seasons” and click the appropriate year and division of your choice for quick access to the matches we do have this season.

That isn’t a complete list, but guess what, since we’ve got this section at the beginning of the show, that’ll be where Short Time Shots kinda sits ahead of these interviews, so you get your news here, your reviews here, your previews and interviews on the back half!