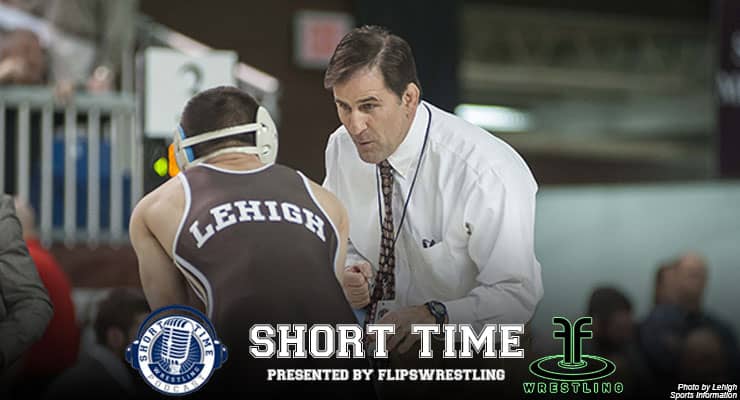 The dual meet season leads to a lot of results where A beats B, B beats C, C beats D and D beats A. That's really nothing new in wrestling, but on Episode 230 of the Short Time Wrestling Podcast, we'll talk with Lehigh head wrestling coach Pat Santoro as the Mountain Hawks are fresh off a 30-7 win over No. 8 Oklahoma in Norman.

Coach Santoro is in his eighth year as the head coach at Lehigh. He explains his journey to Lehigh, which was “home” despite wrestling collegiately at Pittsburgh. Santoro explains the tradition of Lehigh wrestling and what this year's team has to do to be in a position to bring home a team trophy come March.

We'll also briefly touch on the passing of Iowa high school wrestlers Austin Roberts. The Spencer H.S. wrestle collapsed at a weekend tournament and passed away shortly thereafter. For information on how you can help the family, check out the GoFundMe.com page here.