Looking back and some Olympic Team Trials Memories 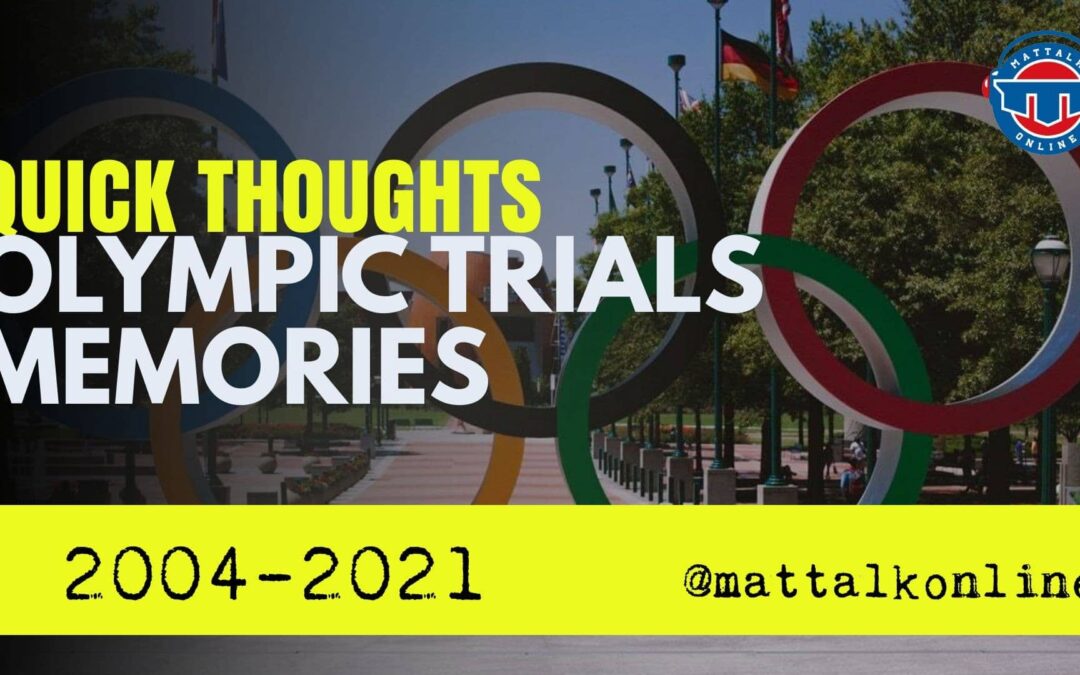 This coming week, we'll finally have the U.S. Olympic Team Trials for what will be the 2021 Olympic Games in Tokyo. Originally scheduled for Penn State's Bryce Jordan Center, Dickies Arena in Fort Worth, Texas is now the host city. Texas last hosted the Trials in 2000 to then-record crowds. The pandemic will limit attendance, but we'll still have three styles of wrestling looking to crown champions who will earn the right to represent the United States.

On this episode of the Short Time Wrestling Podcast, I'll look back at the previous six Olympic Trials I've worked – four in the U.S. and two in Canada – and talk about some of the memorable moments from them. It starts in 2004 in Indianapolis, then on to Las Vegas in 2008, then Iowa City in 2012 and 2016 and then north of the border in suburban Edmonton in 2015 and Niagara Falls in 2019.

Those dates don't line up? I'll explain some on-the-mat and off-the-mat schedules that make things unique in the U.S. and in Canada.

As always, you can support this network, its shows and its projects at mattalkonline.com/jointheteam or rokfin.com/creator/mattalkonline and I'd like to thank you for spending your time with me, because you've always got time, for Short Time!