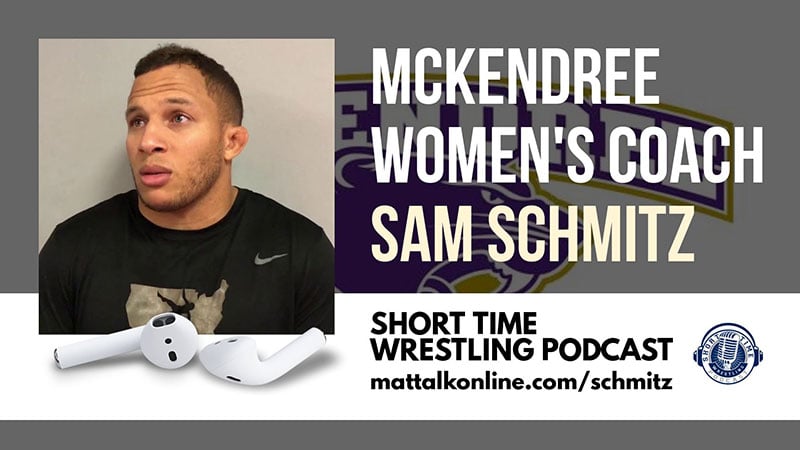 An Oregon native, Sam Schmitz said his introduction to women's wrestling wasn't a stellar one. Years later, Schmitz is now the head wrestling coach at McKendree University in Illinois where he coached the Bearcats to the school's first NWCA National Duals title in Louisville, Kentucky a few weeks ago. On Episode 491 of the Short Time Wrestling Podcast, I talk with Schmitz about his path to coaching, what his college career was like prior to coaching and how he hired his future wife as a graduate assistant, but he didn't actually know it at the time.

Schmitz also talks about the landscape of women's college wrestling, the differences in coaching both genders as he's also an assistant with the men's program and there's also the Short Time on Short Time segment.