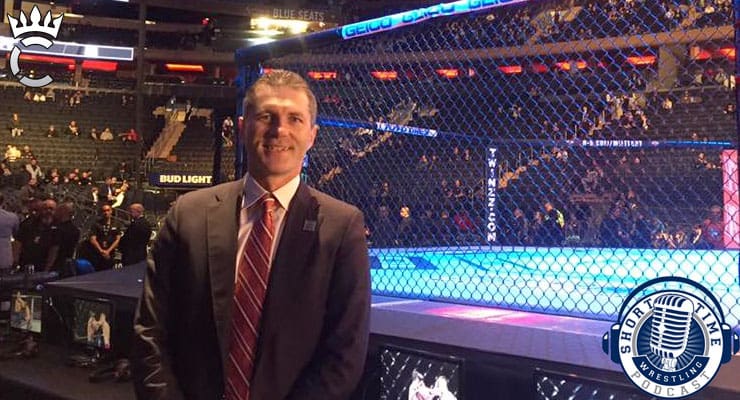 The sixth annual Grapple at the Garden is set for The Theater at Madison Square Garden. Director of Sports Events for MSG Dylan Wanagiel will again join the Short Time Wrestling Podcast to talk about the event and the changes its undergoing.

The previous five iterations have been in the Garden arena itself, the same place that hosted the 2016 NCAA Division I Wrestling Championships. With a ton of sporting events and concerts crammed into the facility, both on the arena and theater side, Wanagiel explains why and the potential for the current layout.

Nine teams will showcase a celebration of wrestling as well as a high school all-star dual and a clinic featuring four-time NCAA champion and 2016 World Champion Logan Stieber. The event, which takes place on December 10 in New York City, will be streamed live on Flowrestling.