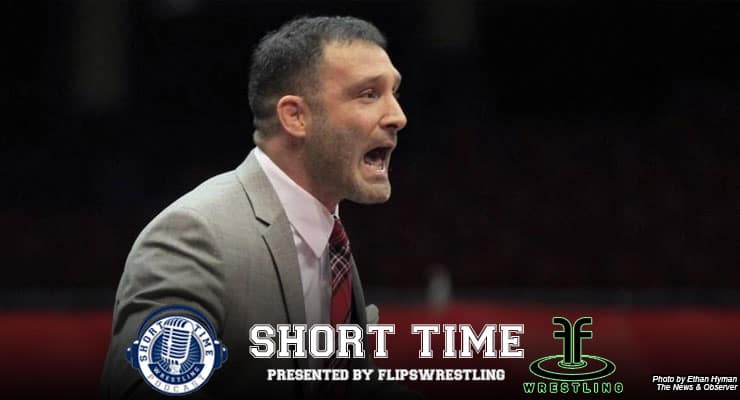 Episode 245 of the Short Time Wrestling Podcast visits with N.C. State head coach Pat Popolizio. The Wolfpack just finished up the regular season with a school-record 23-1 mark in dual meet competition and a No. 2 rank in the NWCA Division I Coaches Poll.

An athlete at Oklahoma State, Popolizio was never an All-American and followed his wrestling passion to coaching positions at American and Binghamton prior to landing in Raleigh.

Popolizio gives his take on the decision to send N.C. State to Iowa for one of the final Dual Championship Series events and how he's built a team from a sub-.500 record his first two seasons to one that's challenging for a trophy come NCAA tournament time.

He'll also explain the drive in pushing athletes to heights he never experienced and how his staff of Frank Beasley, Adam Hall and Obe Blanc has been a well-oiled machine.

He's also the only coach in Division I employing a former women's wrestler, Melissa Simmons, as a Director of Operations.