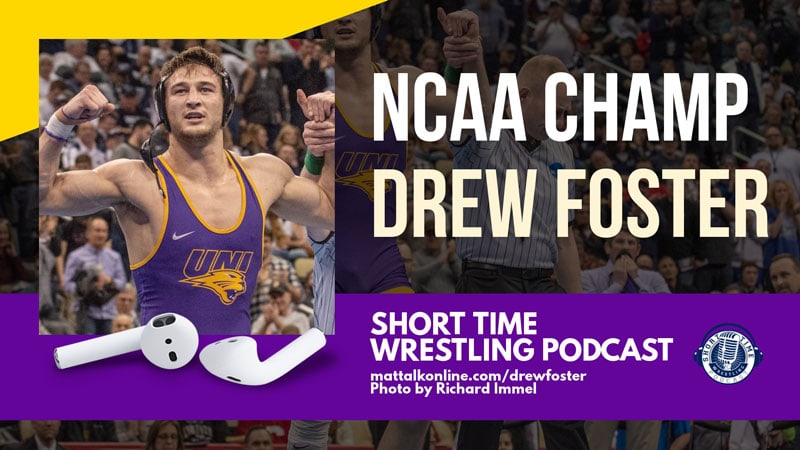 Drew Foster became the first NCAA Division I champion from Northern Iowa since 2000 when he topped Cornell's Max Dean in the finals at PPG Paints Arena in Pittsburgh at 184 pounds.

On Episode 501 of the Short Time Wrestling Podcast, I'll talk with Foster about his rise from a sub-.500 wrestler as a freshman, to his All-American finish as a sophomore and his final season, which saw him best an opponent who'd already beaten him twice.

He'll explain what it's like wrestling in Iowa and why Northern Iowa is Iowa's team.