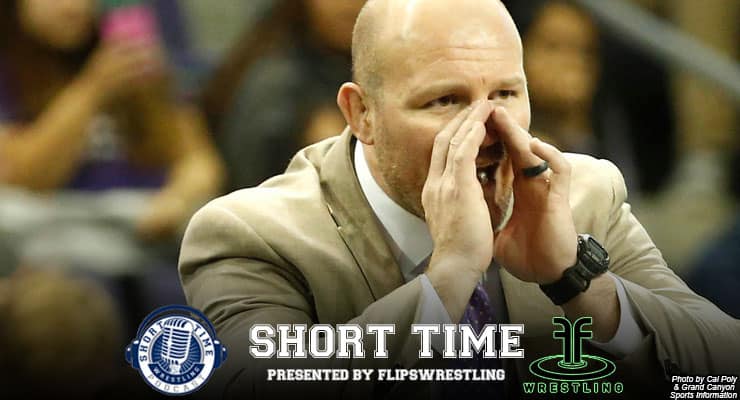 An All-American at the University of Tennessee at Chattanooga, Sioredas broke into coaching at Old Dominion under his old high school coach Steve Martin. After six years in Norfolk, Sioredas moved on to his alma mater to serve as an assistant for Heath Eslinger in Chattanooga. In 2014, the opportunity came to land his first head coaching job at Grand Canyon, a school in the transition from Division II to Division I.

After two short seasons in Phoenix, Grand Canyon announced on March 7 they would be dropping wrestling, giving few, if anyone, an official reason for the drop. Inquiries to Grand Canyon's media relations about interviews were declined and follow-ups unanswered, but Sioredas didn't sit still and mope.

Three days afterwards, Brendan Buckley resigned at Cal Poly, opening the door for Sioredas to stay out west and land another coaching position.

We'll talk with Sioredas about the journey from Phoenix to California's Central Coast, break down goals with the program and alumni and what he likes about the new digs.