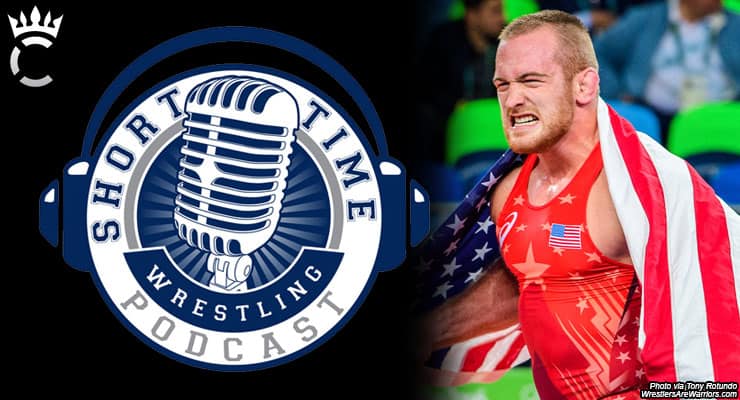 After a long layoff due to the Olympic Games in Rio de Janeiro, Brazil, the Short Time Wrestling Podcast roars back with Episode 278 and Olympic champion Kyle Snyder.

At 20, Snyder became the youngest American wrestler to win an Olympic gold with his victory over Khetag Gazyumov of Azerbaijan in the finals. Snyder went back-to-back winning a World championship in 2015. A rising junior at The Ohio State University, Snyder talks about his run to gold, his opponents, his family and his coaches and friends who helped him along the way. He also shares a story about drilling with fellow Olympic champion Helen Maroulis.