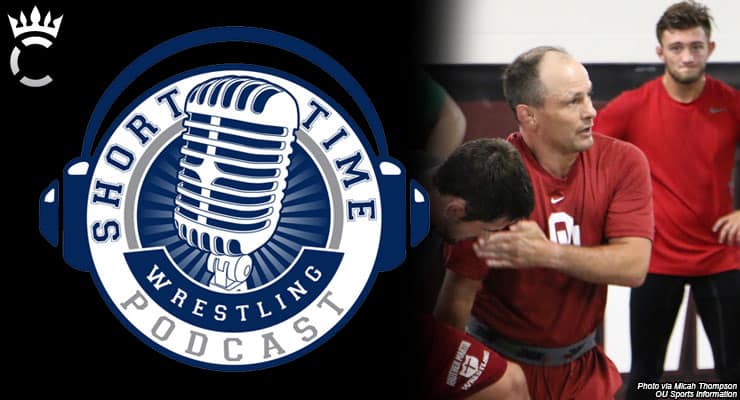 Lou Rosselli was a busy man during the Olympic Games in Rio de Janeiro. The coach of the Ohio Regional Training Center was tasked to coach Kyle Snyder and Team USA at Carioca Arena 2. All the while, Rosselli, an Olympian in 1996, was being courted by the University of Oklahoma.

Just days after Snyder won gold, becoming the youngest American wrestler to win an Olympic championship, Rosselli told the world he was going to be a Sooner. On Episode 281 of the Short Time Wrestling Podcast, we'll talk with Rosselli about how short that time actually was between Snyder winning and accepting the position, what his opinions are about the state of the program, retention in Norman as well as what his goals are with the tradition that exists in the great wrestling state of Oklahoma.

SHOW YOUR GRATITUDE, AND I'LL SHOW YOU MINE!
International Podcast Day is September 30 and the Short Time Wrestling Podcast would like to show the network of podcasters how important this medium is to the sport of wrestling. So from now until September 27, 2016, leave a review for the Short Time Wrestling Podcast on iTunes or on Stitcher. Every review posted to either outlet between now and Sept. 27 will be entered into a drawing for TWO Mat Talk Online prize packs, valued at $65.

What does the review have to say? Explain what this podcast has meant to you. Does it fill your morning drive? Do you follow different programs now? What is it that makes this show worth listening? Leave your review today!