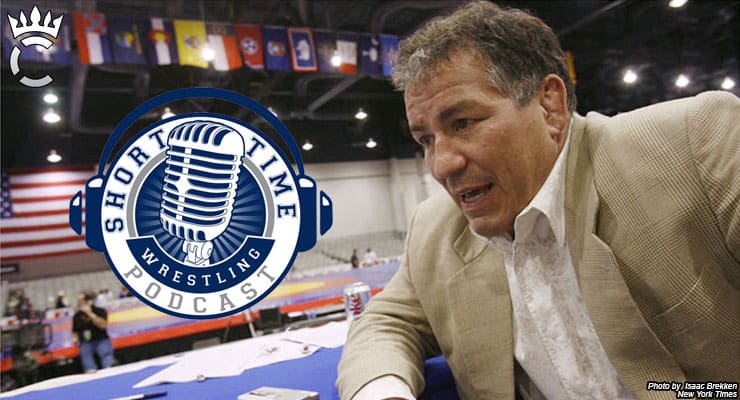 Steve Fraser is ready for a celebratory weekend in Las Vegas as the 2007 Greco-Roman World Championship team is set to be honored at the U.S. Open and Greco-Roman & Women's Freestyle World Team Trials this coming weekend. On Episode 327 of the Short Time Wrestling Podcast, Fraser talks about his time coaching before moving into fundraising and the dynamics of that team.

Coach Fraser also talks about his time wrestling at the University of Michigan, competing and winning gold at the 1984 Olympic Games in Greco-Roman along with teammate Jeff Blatnick and how a career working for Domino's Pizza brought Fraser back to wrestling.

There's also an update for listeners who use Soundcloud, a thank you to the folks who gave me some love during the Hall of Fame Virginia Chapter induction ceremony this past weekend in Virginia — and I rant on Boise State some — they are ignoring all of my media requests.