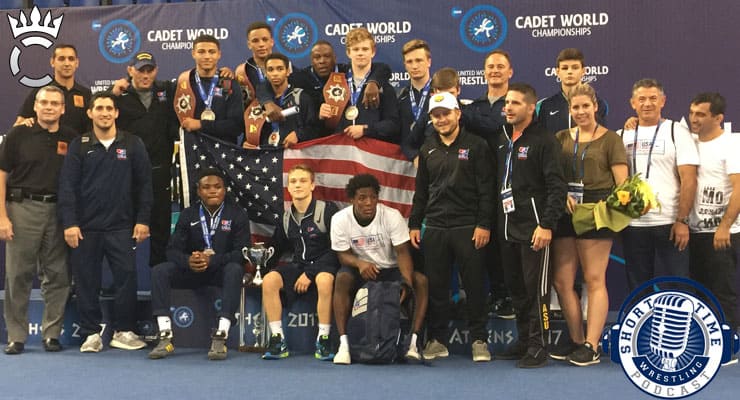 Taking a walk around the Olympic Wrestling Center in Athens, Greece following the conclusion of the 2017 Cadet World Wrestling Championships, we run into some folks from Team USA.

After a great summer that saw Junior and Senior freestyle teams win team titles, the Cadets gave chase, but fell just short of sweeping the age-group worlds. We talk with Troy Nickerson, Lee Pritts, Kevin Jackson, Sean Bormet, Jason Babi and Kurt McHenry about the performances in Athens, including the four World championships won in freestyle.