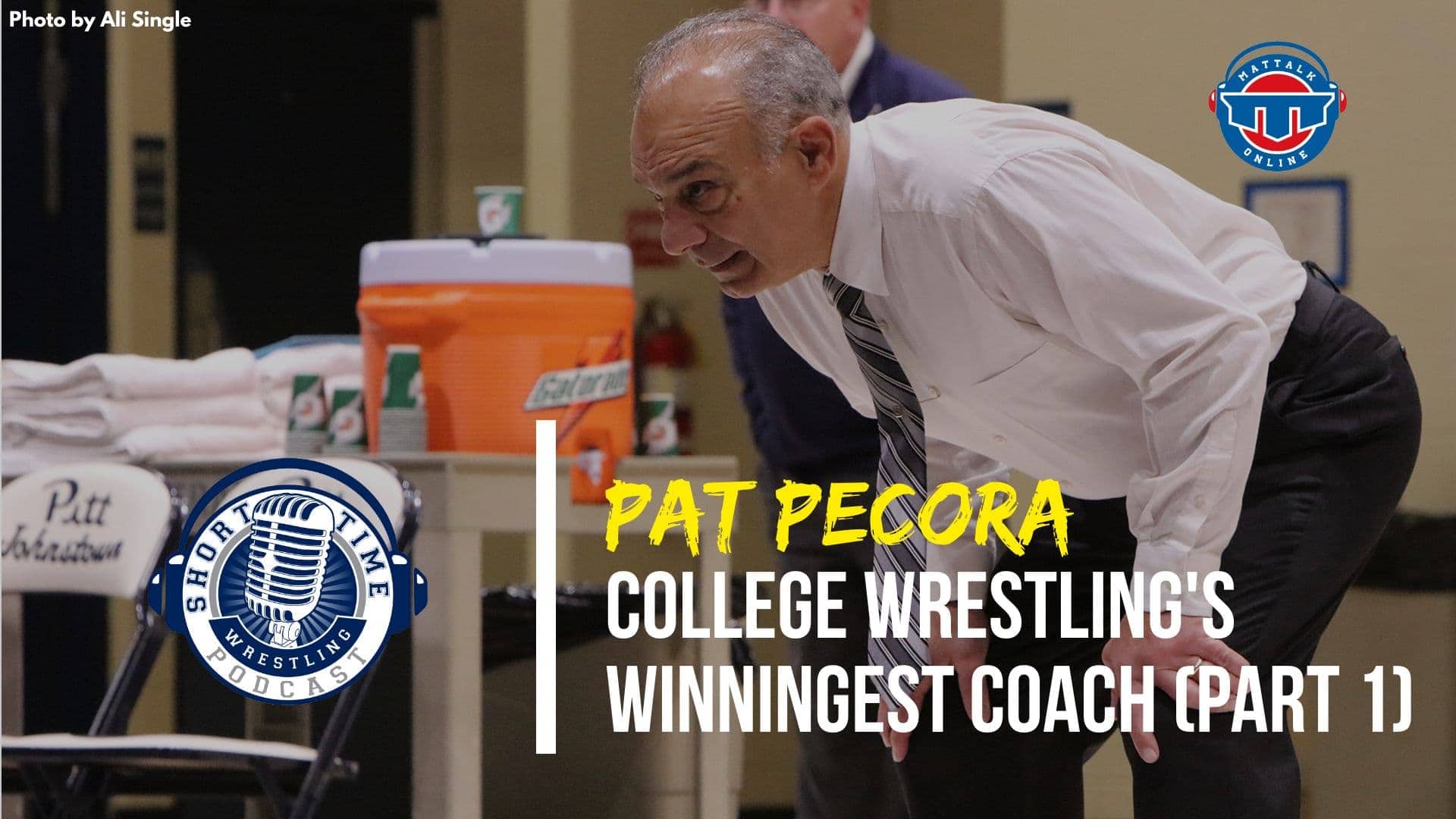 Coach Pat Pecora took over as the head coach at the University of Pittsburgh at Johnstown in 1976. The program was in its third year and Pecora was a 20-something wet-behind-the-ears college graduate looking to teach and coach.

In the first part of this two-part interview with Coach Pat Pecora, college wrestling’s winningest coach in history, he’ll out line his origin story in the sport and the development of the UPJ program and coaching one of the sport’s greats, Carlton Haselrig. He’ll also talk about the old way of qualifying for the Division I tournament from Division II and Division III.