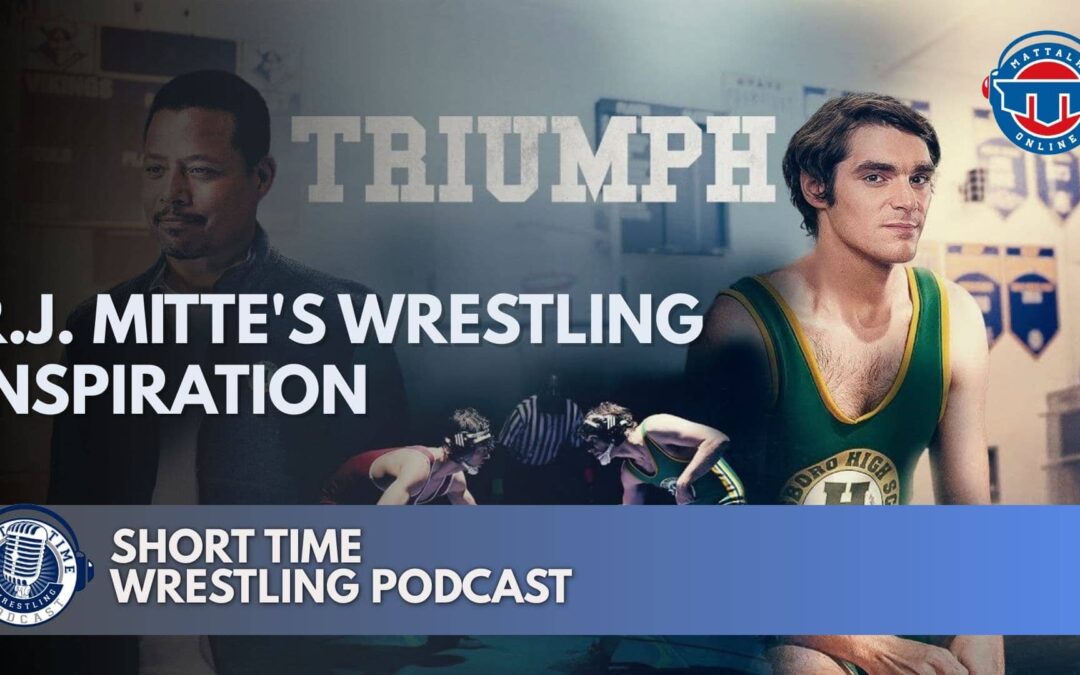 R.J. Mitte's breakout role as an actor came with his portrayal of Walter White Jr. in the hit series Breaking Bad. Mitte's still been working as an actor and now the sport of wrestling has come to his front door in the new film Triumph, which gets released to 200 theaters nationwide on April 30.

On Episode 656 of the Short Time Wrestling Podcast, Mitte talks about the role or Mike, a wrestler with cerebral palsy that's inspired by the real-life experiences of Michael Coffey. Mitte will discuss his affinity for sports, what he learned about wrestling and what he hopes people get out of the film.

As always, you can support this network, its shows and its projects at mattalkonline.com/jointheteam or rokfin.com/creator/mattalkonline and I'd like to thank you for spending your time with me, because you've always got time, for Short Time!

The Short Time Time Wrestling Podcast is proudly supported by Compound Sportswear.And if you haven't already, leave a rating and a review on Apple Podcasts.