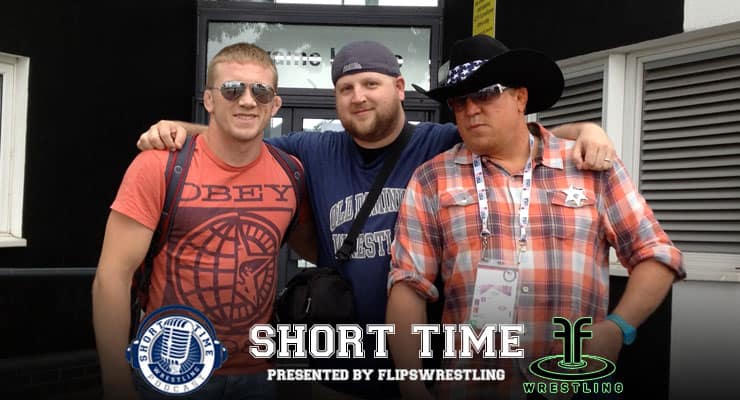 Since 2008, host Jason Bryant has been producing, hosting, editing and distributing podcasts for the wrestling community. Episode 269 of the Short Time Wrestling Podcast is a special one because it's the 1,000th episode distributed all-time. Who do we get to cap off this run? The one, the only Royce Alger.

Alger, a three-time All-American and two-time NCAA champion at Iowa was also a World silver medalist. He'll join the show to share some of the more popular stories of his past as well as answer some listener questions and fully breakdown some of his international jaunts including a London Olympic-styled pub crawl and losing his three Big Ten titles in a game of rock, paper, scissors.

It's themed just right for your Fourth of July.