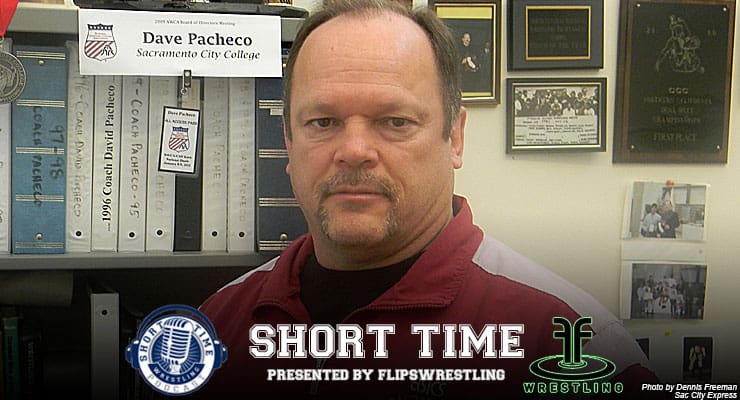 With the main portion of the college wrestling season already a month and a half gone, one college division's season is over. In California, they wrestle a community college system in the fall. That season wrapped up on December 12 as the Panthers from Sacramento City College won its third California Community College state championship, outdistancing Fresno City College, Cerritos and Palomar.

On Episode 229 of the Short Time Wrestling Podcast, Dave Pacheco, head coach of Sac City, talks about his team's performance, why he's now won two of the last three titles in the league and what type of athletes he takes in and sends on to the four-year level.

Coach Pacheco was a product of the California Community College system before moving on to Idaho State, where he as a Division I qualifier in 1978 and 1979. He's been coaching at Sac City since 1983 and has put dozens and dozens of wrestlers on college mats at the Division I, II, III and NAIA levels.

With the Olympics coming up, there's also a special deal going on from Rocket Languages, one of the fastest ways to learn a foreign language. There's a 60% OFF sale starting on December 16 and it runs for just 48 hours. With the Olympics in Rio, it's a perfect time to get your Portuguese on to prepare. Or maybe you want to go the Spanish route, or the even more mysterious Russian. Check out Rocket Languages and use the PROMO CODE XMAS60 when you check out to save 60% on your first purchase.