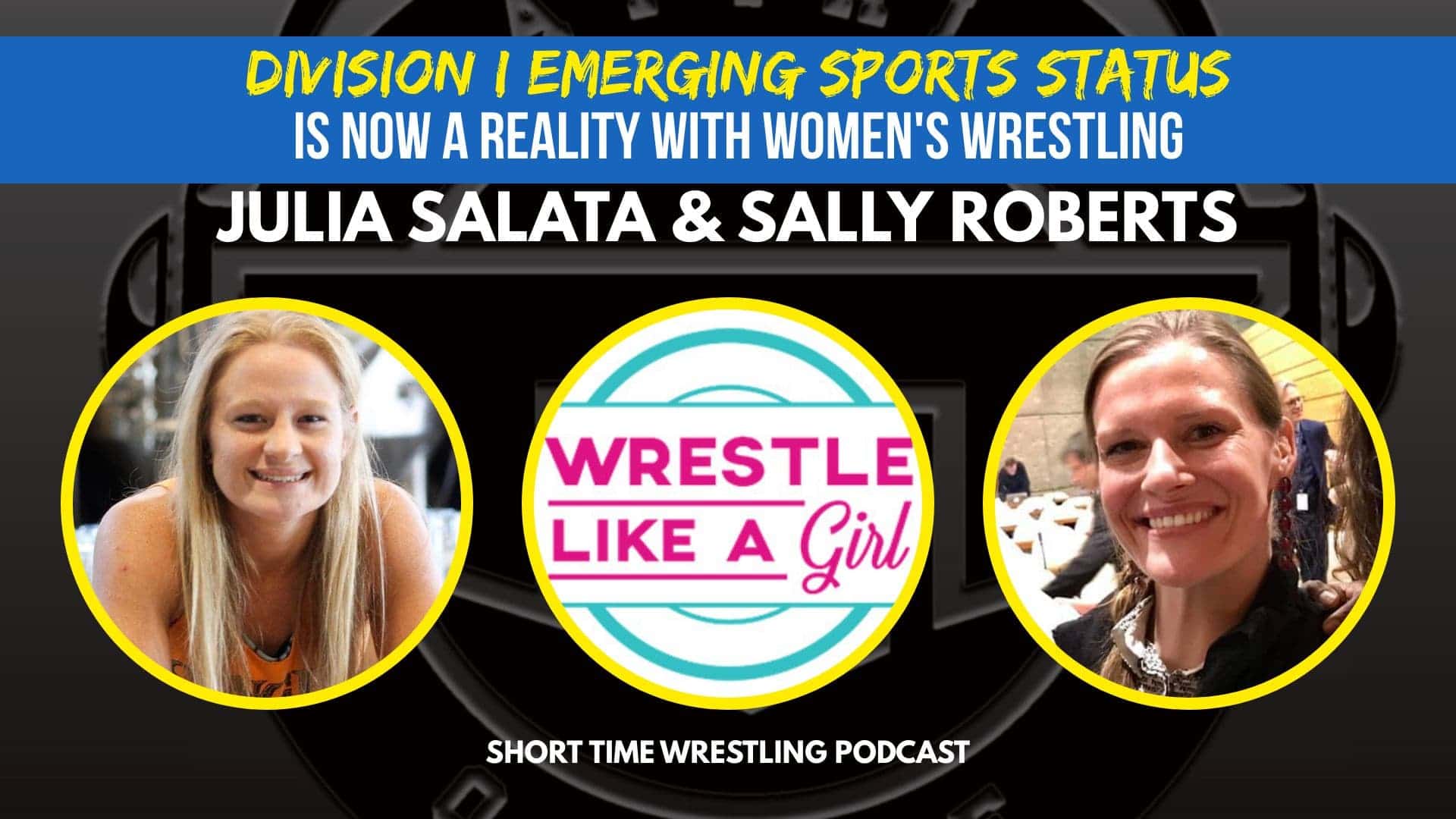 On Episode 608 of the Short Time Wrestling Podcast, we visit with Sally Roberts and Julia Salata of Wrestle Like A Girl, one of the main driving forces into moving women’s wrestling forward on the college level.

We’ll explain exactly what the next steps are for women’s wrestling among NCAA schools, the timetable on the first official NCAA championship, some of the hurdles the effort has cleared as well as what they’ve learned from other emerging sports like Beach Volleyball.

Housekeeping
Jon Tanaka is the newest team member! You can be cool like Jon by joining the team at patreon.com/mattalkonline.
You can get the Daily Wrestling News emailed to you each and every morning by signing up at mattalkonline.com/news.
Thanks for listening, everyone!