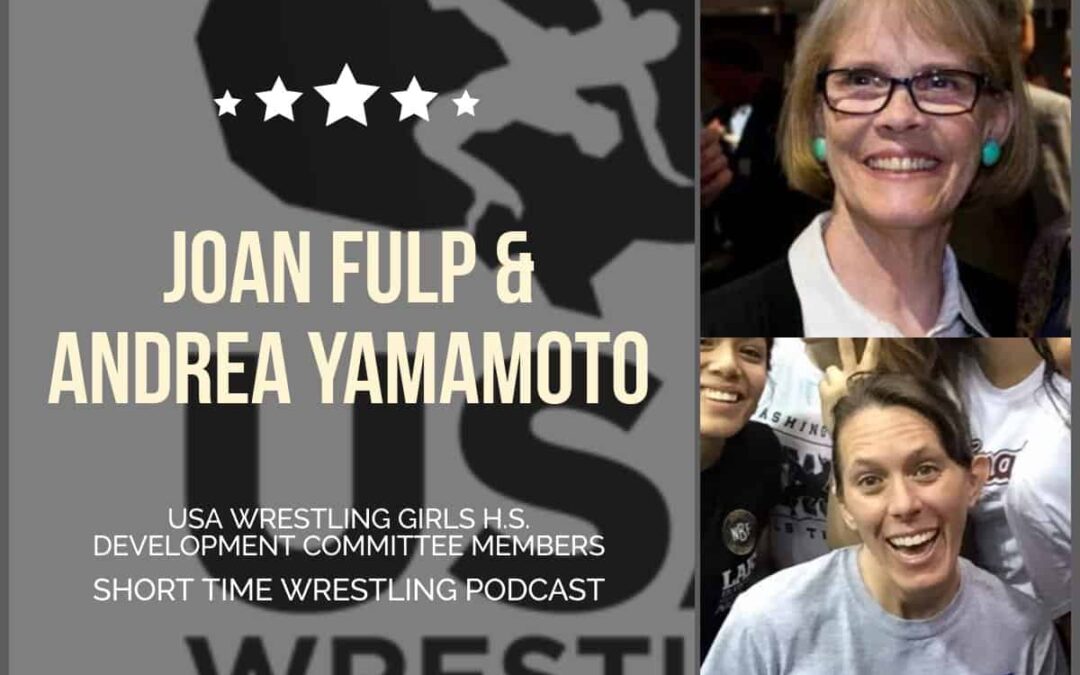 The rise of women and girls in wrestling has been well-documented. From the first U.S. team sent to compete at the World Championships to Helen Maroulis' historic Olympic gold, the participation and acceptance continues to grow. On Episode 436 of the Short Time Wrestling Podcast, we'll talk with Joan Fulp and Andrea Yamamoto, two members of USA Wrestling's Girls High School Development Committee. The goal of the committee is to work on sanctioning high school girls wrestling in every state.

There have been early adopters, like Hawaii and Texas, and there are states that had great participation, but it just took a while for the approval, like California. Fulp, the widow of Hall of Fame wrestler and coach Lee Allen and mother of women's wrestlers Katherine (Fulp-Allen) Shai and Sara (Fulp-Allen) Bahoura has been around the sport since a chance meeting at Central Michigan University with a one of the national team coaching staff.

Yamamoto (nee Carstens) was one of the early trailblazers in women's wrestling and coaches girls wrestling in Washington.