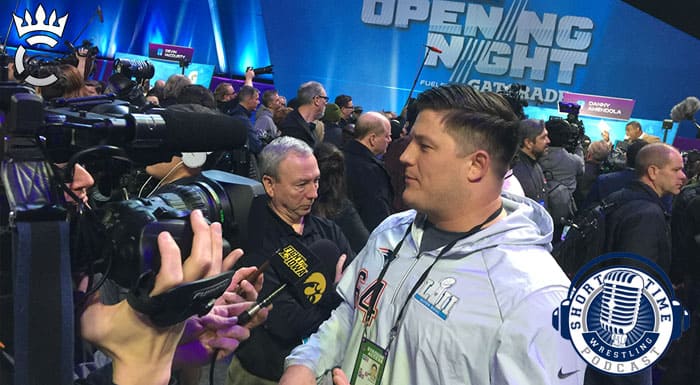 Ferentz talks about his battles with Eric Thompson on the mat, growing up where wrestling became part of the family in Iowa and how his skills on the mat translate to his presence in the NFL.

Trackwrestling's Andy Hamilton joins in the Q&A as well.