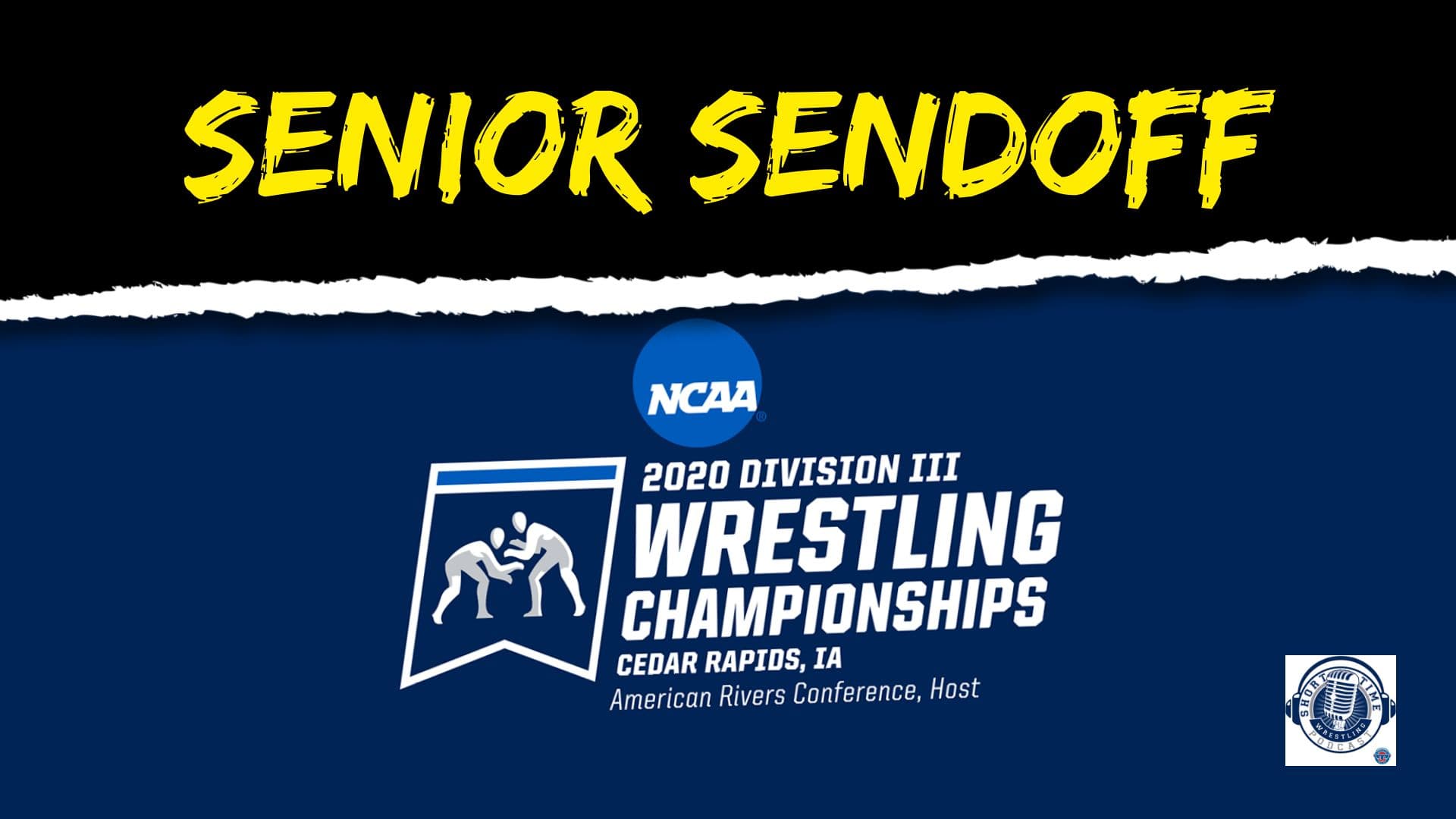 The Senior Sendoff for the senior All-Americans in NCAA Division III for 2020. This tradition started with Todd Hibbs and has been carried on throughout college wrestling national championships, most noticeably at the Division I championships. It’s been present at D1, D2, D3 and the NAIA over the years, but this year, the three NCAA divisional championships and the NAIA women’s invitational didn’t get the chance to see its seniors compete for medals.

Today, we start with the seniors in Division III.