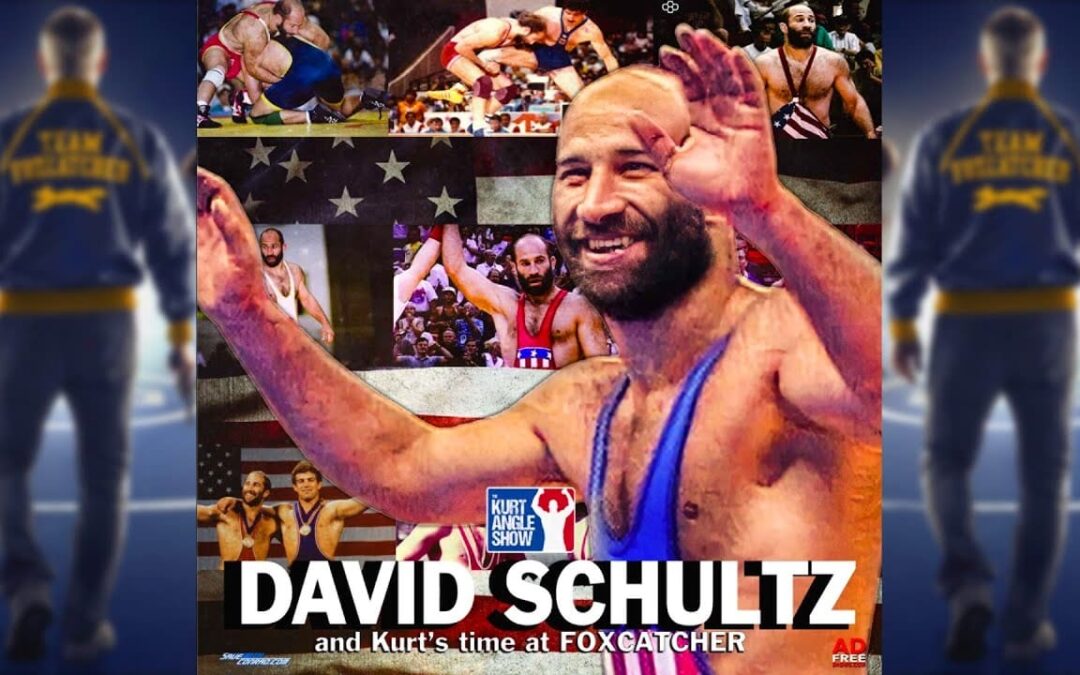 On this episode of The Kurt Angle Show, listen as Kurt and Conrad discuss David Schultz, the amateur wrestler who won an Olympic Gold Medalist in 1984, who was tragically murdered in 1996 just as Kurt prepared to win an Olympic gold medal. Most people know about this story from the Netflix documentary film, “Team Foxcatcher,” or from the 2014 film “Foxcatcher.” Today’s show is all about David's story.

The Kurt Angle Show begins a new chapter in the Patreon world. Kurt joins Conrad's four other host at www.ADFREESHOWS.com, the largest collection of wrestling legends on one channel. ADFREESHOWS.com will have every podcast ad free and early, plus bonus content you won't get anywhere else. Join today www.ADFREESHOWS.com

Want to look and feel like an Olympian? Head over to BoxOfGimmicks.com and check out all the BRAND NEW tee designs!

If you want to promote your business on The Kurt Angle Show it's easy! Fill out a quick form telling us about your business and what you'd like to do over at www.AdvertiseWithConrad.com