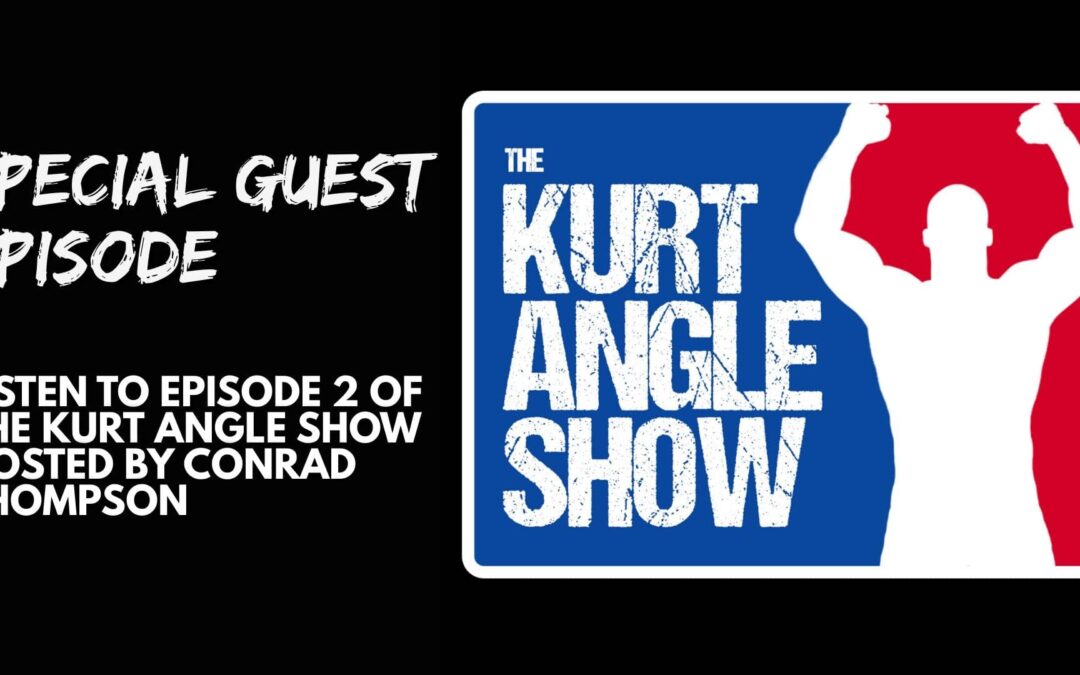 This is a special guest episode for listeners of Short Time. Conrad Thompson is a well-known podcaster covering the world of professional wrestling. He's recently launched The Kurt Angle Show, where he and 1995 World Champion and 1996 Olympic Champion Kurt Angle go through his career. Episode 2 focuses on the gap between Kurt's 1996 gold and his entry into pro wrestling. Special thanks to Conrad Thompson for allowing this episode to be included on the Mat Talk Podcast Network and the Short Time Wrestling Podcast feed. The Mat Talk Podcast Network is not responsible for content or ads within the show, and this show has been labled explicit by the podcast host.

On this episode of The Kurt Angle Show, it's all about Kurt’s journey between winning the Olympic gold medal and arriving in the WWE. Kurt won Olympic gold in 1996 but didn’t debut in the WWE until 1999. So what happened in between there? We’re going to talk all about all of it!

Bluechew gives you confidence in bed every time. Visit BlueChew.com and get your first order free when use promo code ANGLE Just pay $5 shipping!

Go to MagicSpoon.com/ANGLE to grab a variety pack and try it today! Use promo code ANGLE at checkout to get free shipping.

If you have credit card debt or in a 30 year loan? Well, www.savewithconrad.com can help you get out of that pinch and save money at the same time! Head over to SaveWithConrad.com for a quick quote.

The Kurt Angle Show begins a new chapter in the Patreon world. Kurt joins Conrad's four other host at www.ADFREESHOWS.com, the largest collection of wrestling legends on one channel. ADFREESHOWS.com will have every podcast ad free and early, plus bonus content you won't get anywhere else. Join today www.ADFREESHOWS.com

Want to look and feel like an Olympian? Head over to BoxOfGimmicks.com and check out all the BRAND NEW tee designs!

If you want to promote your business on The Kurt Angle Show it's easy! Fill out a quick form telling us about your business and what you'd like to do over at www.AdvertiseWithConrad.com