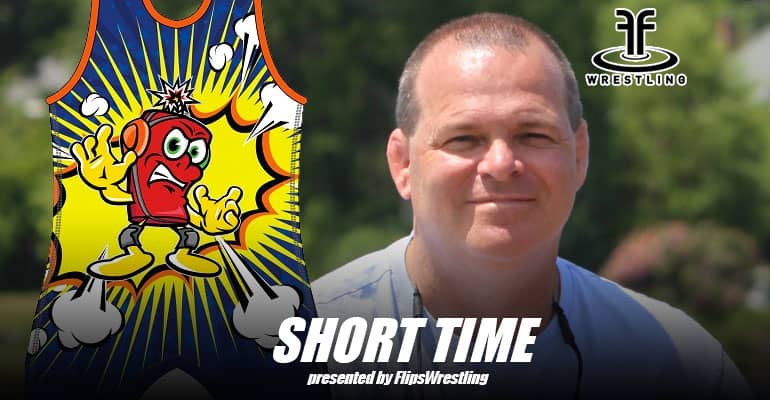 Hey there folks, we're ready for season two of the Short Time Wrestling Podcast. The last few months, we’ve gone with more of an interview-style show, and that’s how I’m going to keep it for the time being. I’ll still provide some updates of the happenings in wrestling, but they’ll be on the Monday and Friday shows. If you’re new to the podcast, and you’re here by simply hitting that play button, I’d encourage you to head over to mattalkonline.com/getshorttime to subscribe to the podcast with iTunes. It’s the easiest way to get this show with news, reviews, previews and interviews.

Today we’ll talk with former James Madison head wrestling coach Jeff “Peanut” Bowyer, who’s the event director for the Matsplosion wrestling event coming to King of Prussia, Pennsylvania on Nov. 14-16. Before we get to Peanut — yes, they still call him Peanut, we’ll run down a few happenings on the mats on Thursday, November 6.

Three ranked teams were in action on the Division I level with two of them squaring off at McComb Fieldhouse in Edinboro, Pennsylvania. Former EWL rivals now in different conferences, it was 14th-ranked Pittsburgh upending 10th-ranked Edinboro 25-13. Dom Forys, a true freshman from North Allegheny, that’s the same high school as Jake Herbert, Ray Brinzer and Teague Moore – had a solid 6-0 win over 19th-ranked Korey Mines at 125. Edinboro would take the lead after a fall by A.J. Schopp anda major decision by Mitchell Port. Pittsburgh’s Edgar Bright didn’t step to the mat at 141. The Panthers were also without All-American Tyler Wilps at 174. Edinboro wrestled without All-American David Habat and freshman heavyweight Billy Miller.

The key match down the stretch came at 184 pounds where fifth-ranked Max Thomusseit defeated 10th-ranked Vic Avery 10-5. Heading into heavyweight down 19-13, Edinboro needed a fall from Warren Bosch to send the dual to criteria. Bosch jumped out early on John Rizzo and while he was trying to turn late in the second period, Rizzo reversed Bosch to his back and quickly settled in for the fall to cement the upset.

At Grace Hall in Bethlehem, Pa. 15th-ranked Lehigh had a vastly different look in a 27-9 win over Hofstra. Four new faces won matches, including true freshman Dylan Milonas at 157, Central Florida transfer Santiago Martinez at 165, Cornell transfer Marshall Peppelman at 174 and true freshman Scotty Parker at 125 – Shout out to R.P. Norley and those Pennridge Rams. At 184, Nathaniel Brown looked strong coming off his redshirt year, teching Jermaine John in the second period.

Lehigh will face Penn State at Rec Hall on Sunday. Hofstra falls to 1-1.

Now we’ll talk MATSPLOSION with the Executive Vice President of Level2Sports, Peanut Bowyer. Find more about it at www.matsplosion.com