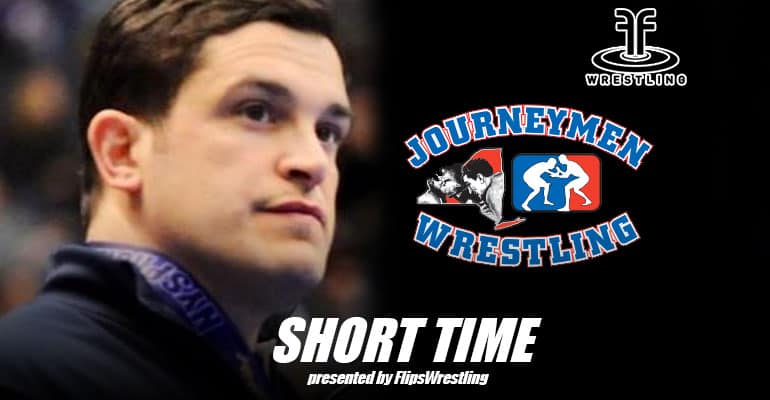 Hard to believe it’s been 12 years since Frank Popolizio started the Journeymen/Asics Northeast Duals. Since its inception, the early-season dual meet showcase has put some of the best college wrestlers on the mat in New York’s Capital region here at Hudson Valley Community College in Troy, N.Y.

The 2014 edition will be no different as the Northeast Duals will showcase 17 college wrestling programs, a full mat of Scrap & Scramble youth duals and highlight matches from the second Flo Premier League offering.

For you stats junkies out there, the event will have six of the nine Division I conferences represented as well as two teams from Division II and one junior college program. From the New York angle, Cornell, Binghamton and Buffalo will compete representing Division I, while the newly-reinstated program at LIU Post will make its Northeast Duals debut. Nassau Community College, a longtime power in the NJCAA, will also take to the mats.

Five of the nation’s Top 25 dual meet programs (according to the Nov. 11 USA Today/NWCA Coaches Poll) also come to the event. Highlighting the college dual portion of the event are top-25 clashes between former Big 12 rivals Missouri and Oklahoma. The Missouri Tigers come in ranked No. 6, while the Sooners of Oklahoma are ranked 21st. Two up-and-coming programs will also matchup at No. 22 Old Dominion will face No. 25 Wyoming. Kutztown, ranked 13th to start the year in Division II, will take its best shot at No. 3 Cornell.

Fans won’t have to wait long to see a rare champion vs. champion matchup. During the 9:30 round N.C. State will face Kutztown, putting the Division I champ Gwiazdowski against Division I champ Haddad, who initially started his collegiate career at North Carolina.

Individually, 44 wrestlers are ranked by TheOpenMat, InterMat and Flowrestling with ranked wrestlers set to do battle 21 times throughout the course of the day. With eight wrestlers ranked nationally at 141 pounds, seven of the 24 college duals will feature a head-to-head ranked matchup at the weight class.

During the 2:30 round, we’ll check out the Missouri-Oklahoma match, which features three matches between nationally-ranked wrestlers. At 133 pounds, two-time All-American Cody Brewer of Oklahoma will matchup with Matt Manley. At 157 pounds, Oklahoma’s Justin DeAngelis will square off with Joey LaVallee and at heavyweight, Oklahoma’s Ross Larson could meet up with Missouri’s Devin Mellon. The Sooners are loaded at heavyweight, so instead of Larson, you could also see past Division II All-American Zach Merrill or past NAIA All-American Mike Brown – both transferred to Oklahoma.

The 2:35 round will also see the other ranked dual as Old Dominion and Wyoming will have two matches with nationally-ranked wrestlers matching up. At 125 pounds, 2013 All-American Tyler Cox of Wyoming will meet Brandon Jeske, while returning All-American Jack Dechow of ODU will face Ben Stroh of Wyoming.

Of the 24 duals, 13 will have head-to-head matches between ranked individuals.

Keep an eye on the 141-pound matchup in the Cornell-N.C. State dual as Mark Grey of Cornell and Sam Speno of N.C. State are both ranked in the top 10. Grey is moving up to a new weight after competing at 133 pounds last year. Another big matchup comes at 197 pounds where Missouri’s Cox will face top-10 opponent Braden Atwood of Purdue in the 11:30 a.m. round. Atwood is a dangerous thrower and could be a problem matchup for the defending champ.

The Flo Premier League will have its second event during the halftime, set for 1:30. It will be a rematch of the finals series from the 2014 U.S. World Team Trials as Keith Gavin will face Ed Ruth. Gavin made the team in 2013, while Ruth supplanted him as the U.S. representative at the weight (86kg) in 2014. Gavin was a two-time Division I All-American and 2008 NCAA champion at 174 pounds for Pittsburgh, while Ruth was a four-time All-American and three-time NCAA Division I champion for Penn State. Both are Pennsylvania natives.

The other match will feature a pair of former wrestlers who currently are competing in Mixed Martial Arts. Journeymen alum and former Bloomsburg wrestler Dennis “The Menace” Bermudez will take on UFC veteran and four-time Michigan State All-American Gray “The Bully” Maynard. Bermudez was part of the cast of the UFC’s competitive reality television show The Ultimate Fighter. The Flo Premier League features hybrid rules blending folkstyle and freestyle and have nine-minute matches.