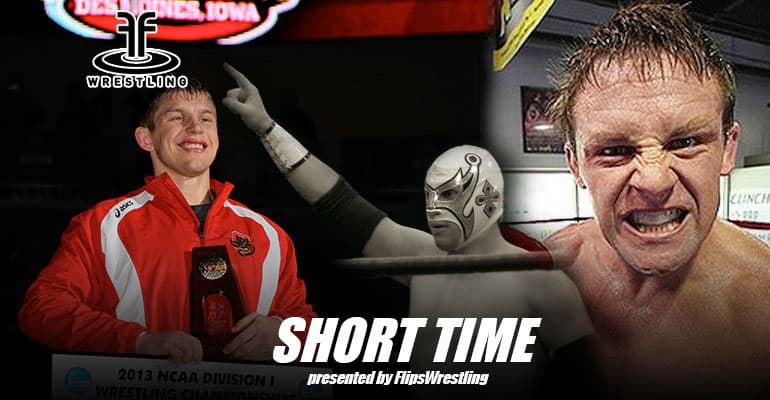 In a special joint episode of the Short Time Wrestling Podcast, we go in tandem with the founder of the FRB Show, and that's internet MMA insider Front Row Brian.

FRB and I are co-branding this particular episode and we'll talk with Kyle Dake about his upcoming match with Greco-Roman world champion Arsen Julfalakyan of Armenia.

Before we get to take, FRB and myself will talk a little bit about our paths in becoming wrestling fans, which started through the world of sports entertainment (or professional wrestling, whichever you want to call it).

You can check out Front Row Brian's podcast at www.soundcloud.com/FRBshow. It's raw, uncensored (read: not necessarily safe to blare out loud around your office) and full of great MMA-related discussion.

Dake answers questions about his injury, why he's wrestling the reigning world champion in Greco-Roman as part of the Global Wrestling Championships, his thoughts on Aaron Pico's decision to sign with Bellator and wrestle freestyle as well as any prospects he might have in the world of mixed martial arts.

The second half of our show featured 2006 Greco-Roman world champion and self-proclaimed Baddest Man on the Planet, Joe Warren. Warren's one of the headlining athletes competing in the Grapple at the Garden as Team Joe Warren takes on Team Renzo Gracie in a club vs. club-style dual meet.

Joe talks about the event, his thoughts on Dake wrestling Greco-Roman, the individual matchups and personalities, which includes Mo Lawal, Stephen Abas and Gray Maynard. He also gives his insight on whether or not he thinks Henry Cejudo can win a title in the UFC.