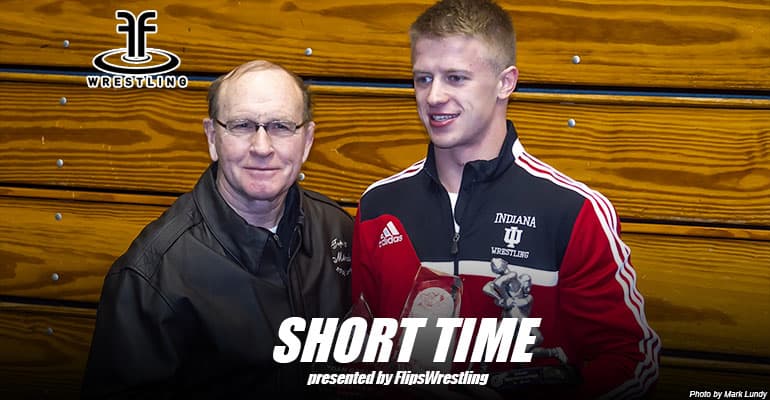 New Jersey native Taylor Walsh has moved up a weight class each of the last two years and the move been a detriment to his wrestling talents. As a sophomore at 149 pounds, Walsh struggled with weight and wasn't the prolific pinner, at least not yet.

In 2013-14, Walsh went on a pin streak that got the nation talking about him at 157 pounds. He was second at the Midlands to Iowa's Derek St. John. In 2014-15, Walsh moved up to 165 pounds. He finally won the Midlands, pinning All-American Pierce Harger in the finals.

On Episode 132 of the Short Time Wrestling Podcast presented by FlipsWrestling, Walsh talks about his foundation in wrestling with all the pinning combinations and his low-risk, high-reward style that's given wrestling fans in Bloomington something to watch.

Walsh explains the development of the style, why he started to run with it in college, working with assistant coach Nick Simmons and having the opportunity to wrestle at the same tournament as his younger brother Chad, who wrestles at Rider.

We also settle the discussion as to what it's actually called — Pork Roll or Taylor Ham!