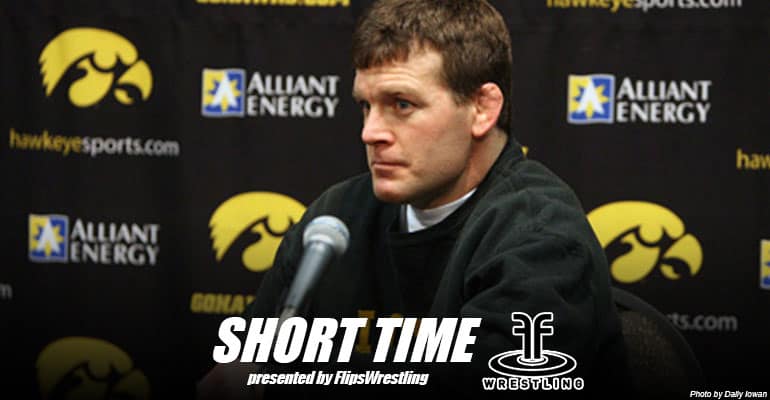 Penn State is set to host Iowa on February 8 at the Bryce Jordan Center in University Park, Pa., and the Nittany Lion faithful could be on their way to setting another wrestling attendance mark. They set it last year against Pittsburgh, but with Iowa coming to town, the fire marshal might have have to look the other way.

We'll talk with coach Brands about the win over No. 2 Minnesota on Friday, January 30 and some of the key matchups as the Hawkeyes head east.

Brands also talks about his team's participation in the National Duals and why dual meets do matter as well as some memories of his days during the Penn State-Iowa series.

I'll tell you this now as well, we'll have the Penn State viewpoint later in the week on Episode 141 with Cael Sanderson.