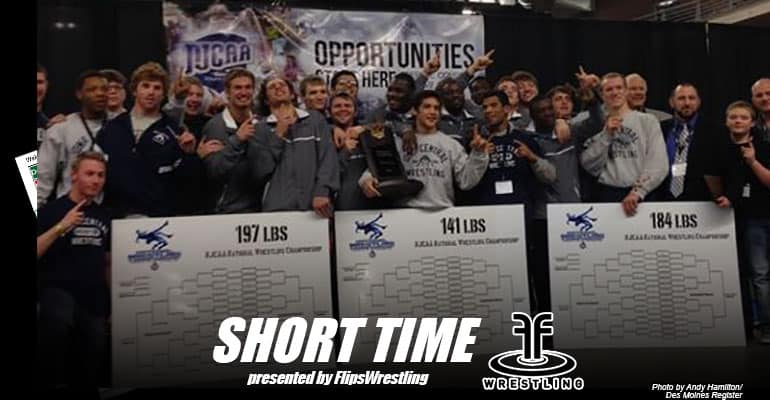 Iowa Central just captured its first NJCAA national championship in five years on Saturday in Des Moines, Iowa. On Episode 147 of the Short Time Wrestling Podcast, we'll chat with head coach Luke Moffitt about how the team went from a disastrous 1-4 start in the opening round to coming back and taking the championship on the second day.
Moffitt will also talk about the dynamic of junior college wrestling and how he's been able to give kids first and second chances.

We'll also talk with one of the more entertaining characters in college wrestling, 197-pound champion Pat Downey. A 2012 Junior World silver medalist in freestyle, Downey started his career at Nebraska after spending time at the Olympic Training Center.

After leaving Nebraska, Downey explains how he ended up at Iowa Central and how wrestling in junior college hasn't slowed him down from accomplishing his dreams. He also explains how this year changed him as a person and as a wrestler as part of a real team dynamic.