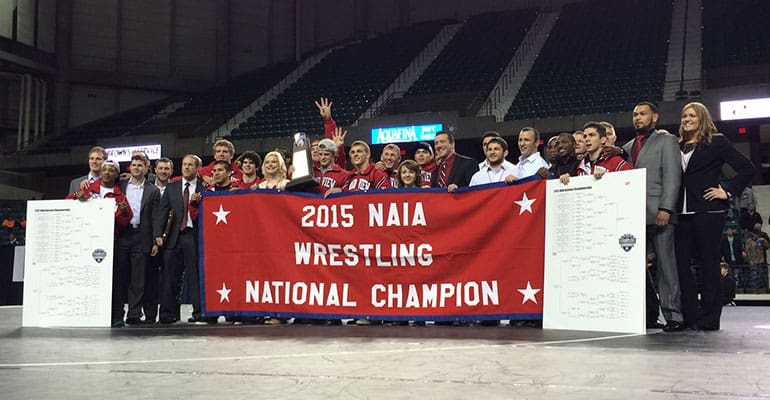 The 58th annual NAIA National Championships came to a close on Saturday, March 7 in Topeka, Kansas and for the fourth straight year, Grand View University captured the team championship.

Powered by nine placewinners and championships from 125-pounder Ryak Finch and 141-pounder Brandon Wright, the Vikings won their fourth title in the program's seventh year of existence.

I caught up with Grand View head wrestling coach Nick Mitchell to talk about this year's team and how tough it was to try to follow last year's record-setting season.

Brock Gutches of Southern Oregon became just the seventh four-time champion in NAIA wrestling history with a major decision victory over Travis McIntosh of Campbellsville in the finals at 174 pounds. Along with Gutches, we picked up some chatter with Joey Cozart, a two-time champion from Lindsey Wilson. Both have extensive Greco-Roman backgrounds.