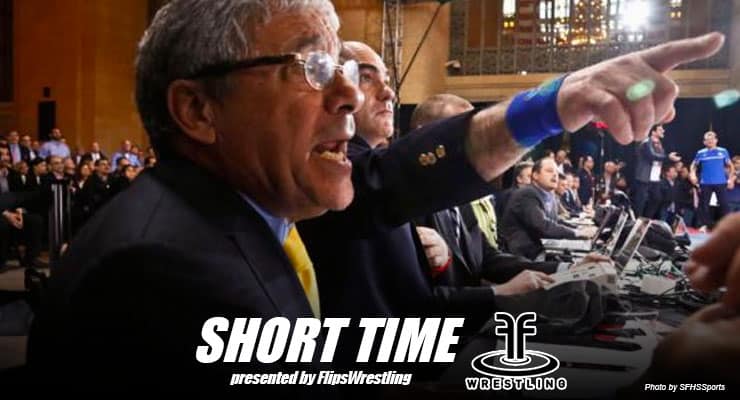 The U.S. Open is set for May 7-9 in Las Vegas and like clockwork, there's some new rules we have to get acquainted with.

This interview was initially conducted prior to that announcement and much of the discussion centers around how USA Wrestling was to implement the rules at the University level and below because United World Wrestling wasn't going to implement them with the Senior level athletes until a later time.

Then that changed. We made sense (in some ways) of all of it and Tucci will tell us his thoughts and the rationale behind the changes on Episode 163 of the Short Time Wrestling Podcast.

Contribute
And if you're a fan of the extensive and broad-based reach of the shows on the Mat Talk Podcast Network, consider becoming a patron by going to www.patreon.com/mattalkonline. There are various levels of perks for the different levels of patronage. If you like wrestling content — scratch that — if you LOVE great wrestling content, consider becoming a patron. How much you give is solely up to how much you believe it's worth to you.