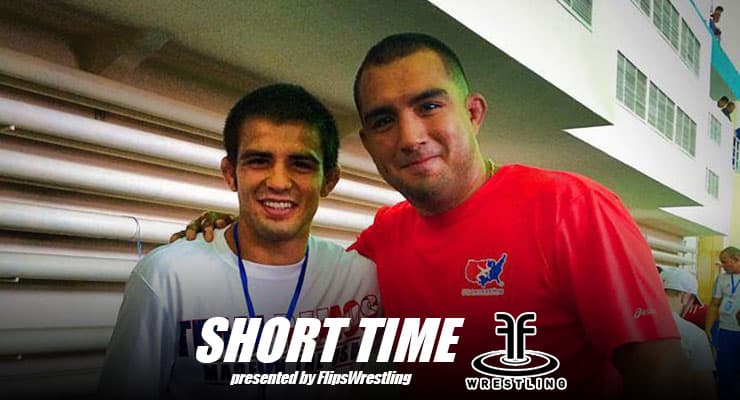 Coming out of high school, everyone about Israel “Izzy” Martinez. The Illinois native was all-world coming out of West Aurora and seemed to have the talent to be a can't-miss Division I All-American.

Things didn't go as planned. After Martinez captured an NJCAA championship at North Idaho, he was set to wrestle for Iowa, but his career never panned out as off the mat issues shrouded his career.

Fast forward to 2015 and Martinez is finishing up his fifth year as the head coach at Montini Catholic High School in Lombard, Illinois. He's been on the bench for 10 years and was recently announced as the National Wrestling Coaches Association's Scholastic Coach of the Year.

That's a long turnaround since his rowdy days as a college-aged athlete. Martinez talks candidly about how he recovered from his mistakes and how he's been able to turn the page on his wrestling pedigree and harness it into his love for coaching kids.

On Episode 170 of the Short Time Wrestling Podcast, we dig deep into the mind of Izzy Style Wrestling, find out what it's like to be a high school coach and the Tony Ramos-Izzy Martinez relationship.