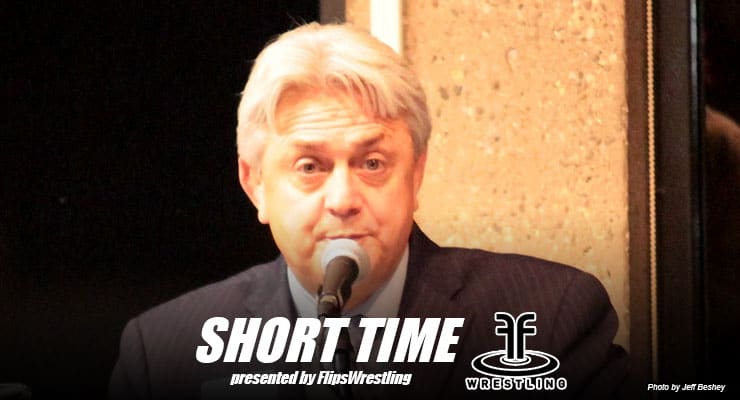 Episode 172 of the Short Time Wrestling Podcast goes down to Stillwater.

The inductees into the 39th class of the National Wrestling Hall of Fame were honored in Stillwater, Oklahoma. Greg Johnson, Frank Bettucci, Joe Gonzales and Sammie Henson were inducted as Distinguished Members, while Mike Golic was honored as the Outstanding American, Mike Powell was given the Medal of Courage and Dave “Doc” Bennett was honored with the Order of Merit.

I headed down to Stillwater with my wife and daughter as well as my niece and nephew. Those two were getting their first experience into the world wrestling.

We'll also talk with Lee Roy Smith, the Executive Director of the National Wrestling Hall of Fame and we'll look at this year's honorees and the campaigns that we're moving towards building for the future.