ST176: Olympian and MMA fighter Ben Askren talks the good, the bad and the ugly of marketing wrestling 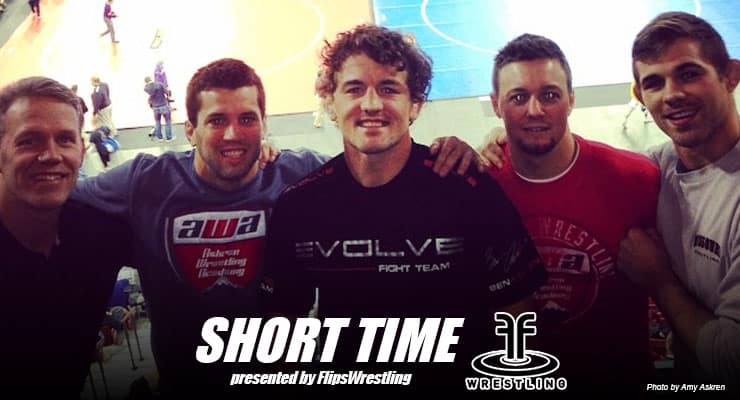 Some news to report as USA Wrestling has announced Nick Marable, the U.S. Open champion at 70kg, will not be granted an injury extension following his failure to compete at the U.S. World Team Trials on June 13-14. Marable sustained a pre-tournament injury and requested an extension, but since that injury happened within the 18 hours prior to the event, he would have still needed to weigh in. That didn't happen.

This means U.S. World Team Trials champion, James Green, is the man at 70kg. That gives Team USA two former Huskers on the squad. Green was a four-time All-American and is going right from college into the senior level.

Some other nuggets of info include the USA Wrestling wrestlers of the year being announced. Andy Bisek and Adeline Gray were announced as winners, but if you were in Madison, you already knew that.

Speaking of being IN Madison, that's what sparked the conversation with Episode 176 of the Short Time Wrestling Podcast. We're talking with Ben Askren, a Wisconsin native, 2008 Olympian, ONE FC champion and two-time NCAA champion. Askren is always pretty vocal when it comes to marketing and promotion and during the event, he and I exchanged some banter over the Twitterverse and ultimately came to an agreement to do the interview to talk about what was good and bad with marketing of wrestling, especially when events like the World Team Trials are involved.

We got some details on what the local organizing committee did and didn't do, as well as what USA Wrestling did. Ben also stepped up and did some social media push of his own. All in all, a pretty engaging conversation.