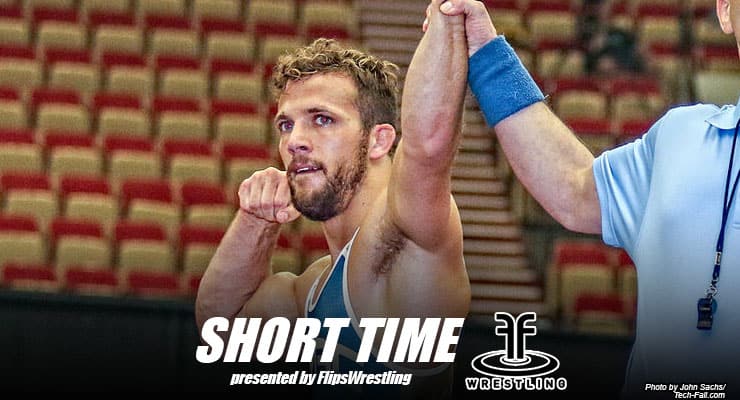 Reece Humphrey kind of always knew he'd be an Ohio State Buckeye, so when the decision came to choose a college after graduating from Lawrence North High School in 2005, he headed east to Columbus.

On Episode 177 of the Short Time Wrestling Podcast, we'll jump forward 10 years and talk to Humphrey, who will represent the United States at the 2015 United World Wrestling Championships in Las Vegas in September. This will be Humphrey's third opportunity to wrestle for gold at the World Championships.

Humphrey goes back to tell a unique story about how he got involved with wrestling and, believe it or not, it had NOTHING to do with his dad, who was a 1977 World silver medalist.

He'll also give his take on what it was like during the transition from Russ Hellickson's era to the new regime under Tom Ryan and the pride associated with winning a team title, even as an alum.

It's a discussion about history, overcoming a challenging weight cut and life as a husband and father. Follow Humphrey on Twitter @ReeceHump60kg.