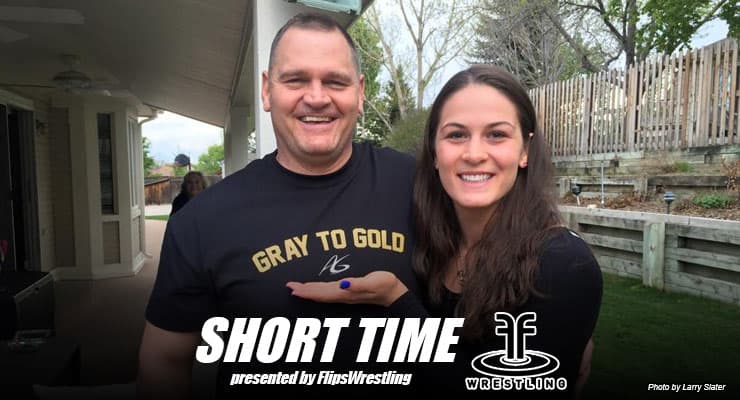 Two-time World Champion and four-time World medalist Adeline Gray joins the Short Time Wrestling Podcast for Episode 179 as we start catching up with our 2015 U.S. representatives for the upcoming World Championships.

Gray, a Denver native, doesn't want to be one of the guys. Well-spoken and an advocate for women's wrestling, she remembers a time when young women like her didn't have women's wrestling role models because the world of women's wrestling was still developing. Now wrestlers like Gray and Helen Maroulis, get approached at tournaments by young female wrestlers eager to meet their heroes.

Gray got into wrestling through her father George. With no boys to teach the armbar, George Gray showed his oldest of his four girls the move when she was six-years-old and she's still putting people away with it.

Gray talks on a number of topics, including battling through some international plagues, so to speak, en route to her second World title last year in Uzbekistan. What does she want to do following wrestling? How long will she wrestle and how important is it for the U.S. and women's wrestling as a whole when America's first Olympic women's wrestling champion is crowned? Find out on Short Time.