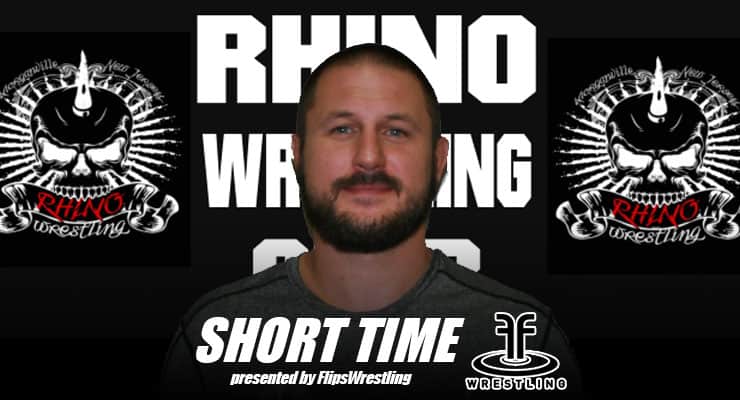 Private training and clubs are nothing new to youth sports and its certainly nothing new in the sport of wrestling. For New Jersey native Mike Malinconico, creating the Rhino Wrestling Club was an accident.

On Episode 182 of the Short Time Wrestling Podcast, we'll talk with Malinconico about his philosophy on coaching, developing talent and dealing with people critical of a paid component in wrestling.

Malinconico has also taken the “lock in” technique and brought it wrestling, putting attendees through a rigorous 24-hour workout session he developed after doing a Death Race up in Vermont.

Those lock-ins got him featured on Vice Sports (read the story here). We'll talk about the idea behind Vice's story. We'll also touch on his podcast, Wrestling Life, and how wrestlers like Scott Winston and Tyler Fraley helped the Rhino Wrestling Club get started.

He's real, which means there's some language here that could be objectionable to some.