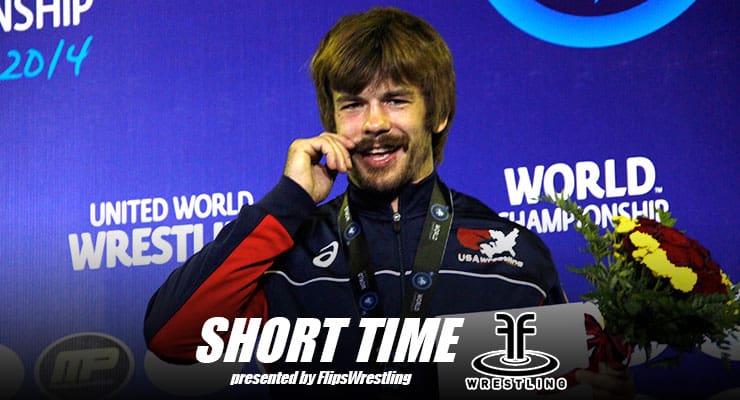 In September of 2014, Minnesota native Andy Bisek ended a Greco-Roman medal drought for the United States that went back to 2010. Dremiel Byers was the last American to win a medal at the World or Olympic Games until Bisek broke through in Taskhent.

On Episode 183 of the Short Time Wrestling Podcast, we'll visit with Bisek prior to his participation in the Pan American Games where he'll talk about his development as a Greco-Roman force from his modest beginnings as a third-place finisher at the Minnesota state tournament.

Chaska High might not have a state title, but it's got a senior-level World medalist. Bisek also talks about his training situation in Colorado Springs, how a trip to Northern Michigan shaped his career and what he believes the American wrestlers have to do to gain some respect for Greco-Roman in their own country.

Almanac Time!
Get the Cadet & Junior Nationals All-American Almanac, a 219-page digital download. It's available now and if you use the promo code “JB” you'll save $5 off the cover price. It's got every All-American EVER in Fargo (and the locations that were before Fargo) and every breakdown by year and state. Oh, you know this guy who says he placed at Juniors? Fact check him quickly!. BUY HERE.