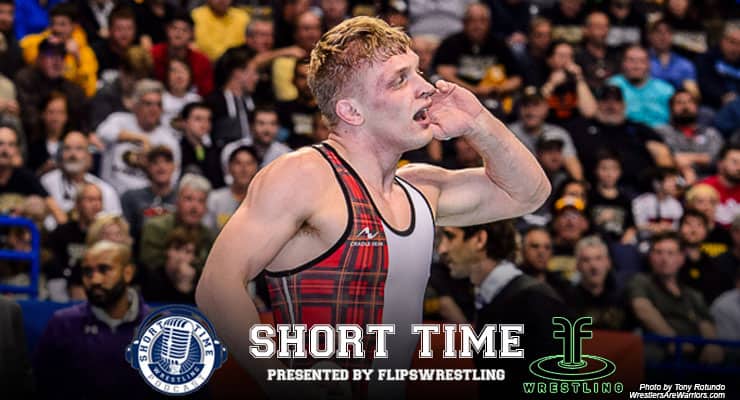 Episode 194 of the Short Time Wrestling Podcast talks with two-time All-American and ohio native David Habat, the 2015 NCAA Division I runner-up at 149 pounds for Edinboro.

Before we get rolling with the Edinboro graduate, United World Wrestling is looking for a media assistant at the World Championships in Las Vegas. You can send a resume and short introduction letter to Tim Foley at press@unitedworldwrestling.org to inquire about the position. Travel, room and stipend are all covered. Yeah, that's kind of a big deal.

Back to Habat, who initially chose Edinboro because he remembered watching Gregor Gillespie defeat Dustin Schlatter at the NCAA Championships back when they were in Auburn Hills.

Habat also recently moved to the Cliff Keen Wrestling Club in Ann Arbor, Mich., and will be wrestling for Slovenia at the upcoming World Championships in Las Vegas. Yes, SLOVENIA. Find out how deep Habat's Slovenian roots are and how well he can speak the language as we have a highly-entertaining chat with Habat … and it's pronounced like habit.